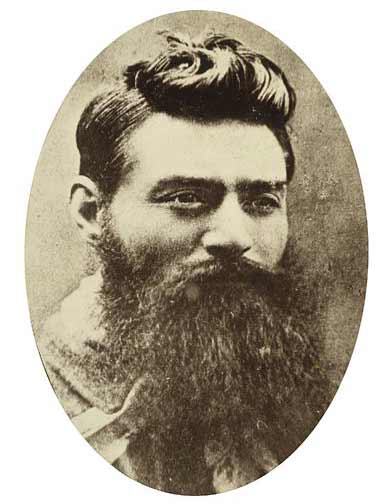 Adelaide University Professor Roger Byard studied the causes of death of 20 South Australian men aged between 20 and 67 years who had tattoos of Ned Kelly or about Kelly.

He first thought of the study when noticing there were an unusually high number of Kelly tattoos on bodies in the Adelaide morgue.

He found the bad boy-fondness for the Irish/Australian bushranger was dangerous for your health.

The Kelly enthusiasts’ deaths…by murder, accident and suicide were compared to the rates of around 1000 other deceased South Australians and the suicides rate and homicide rate were 2.7 and 7.7 times for those with the tattoos.

Only three of the 20 men studied died from natural causes, compared to fifty percent of the remainder of the population. Eleven of the 20 Kelly enthusiasts also had signs of drug and alcohol abuse.

“Although the population studied is highly selected, individuals with these tattoos had an above average incidence of traumatic deaths,” Professor Byard concluded in a soon to be published paper in the Journal of Forensic and Legal Medicine.

“Individuals with Ned Kelly tattoos in this series certainly had an above average incidence of traumatic deaths compared to other forensic cases; ironically, this was also a feature of the ill-fated members of the Kelly Gang whose leader is commemorated in these designs.”

The report also noted some of the tattoos depicted Kelly’s distinctive body armour or quoted Kelly’s alleged final words before he was hanged in 1880 was, “Such is life.”

Troubled former AFL player Ben Cousins has the quote across his midrift. 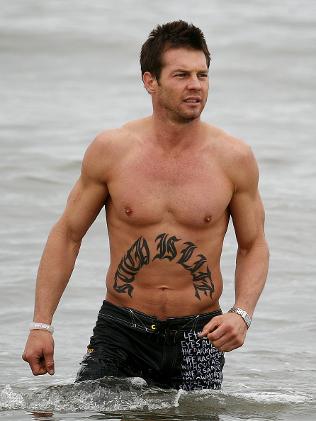 The study is the first of its kind, although researchers have previously linked violent death with anti-social tattoos on bodies.