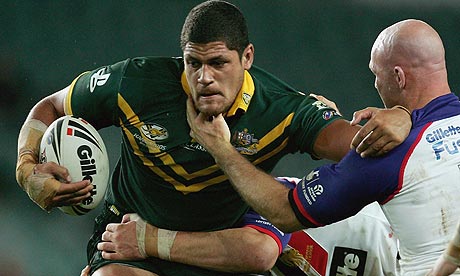 There’s an inscription written in thick black text near the doorway of the Bronte gym where Willie Mason has been training in preparation for an NRL comeback that may never happen.

“HOW DO YOU WANT TO BE REMEMBERED?”

The signature underneath belongs to Mason’s former Bulldogs teammate Reni Maitua, who climbed his way out of a two-year drug suspension to not just play again but last year sign a three-year deal with Parramatta.

Surely, Mason looks at those words each time he walks out after another session completed while in exile.

His options have almost completely evaporated after Tigers directors iced the idea of signing the controversial forward. A crisis up front comes second to supporters tearing up their memberships.

Should Mason land an NRL contract on match payments at the 11th hour, it will be his sixth club in just over four years.

You can bet the Roosters are asking Sonny Bill Williams how he wants to be remembered as they wrestle with the final details of his contract — his fifth club in four years, if he signs.

All that needs to be established is the length of the deal and that is the sticking point.

Whereas Williams’ manager Khoder Nasser wants a one-year deal, the Roosters would prefer he hitch himself to their club for life.

It’s the same philosophy Nasser applies to his other star client, Quade Cooper, whose last two deals with the ARU have been for just one year.

Nasser, who last week was spotted breaking bread with NRL chief executive David Gallop, wants the best for his clients.

He is still throwing around talk about French rugby union clubs wanting to sign Sonny for large sums, despite the fact the Euro is so weak.

At some point, though, a footballer might want to consider their career as something more than the opportunity to suck up as many available dollars as long as their bodies will allow.

About rep footy and premierships or being a player who did something worthwhile for his club and himself.

Look where chasing a buck like a greyhound has got Mason. Sonny, too.

They both won a premiership in 2004 at the Bulldogs, and when Mason walked in 2007 to join the Roosters, Williams was furious because he considered it to be disloyal.

“I was offered double what I’m on at Canterbury to go somewhere else and I stayed because I wanted to stay loyal to the club and keep the boys around,” Williams said at the time. “I had so much respect for him. My respect for him has diminished.”

Then Williams walked out the following year. Since then, both careers have been a meandering sideshow.

Nasser has positioned Williams in the same manner in which Anthony Mundine has established himself:

polemic, anti-establishment, proving their detractors — or “haters” as they are called these days — wrong.

It works in boxing because people will pay money to see them knocked out. It doesn’t work in footy clubs, where you want your player to be respected and admired.

There’s another aphorism on the wall of the Bronte gym.

Mason has almost lost control over that. But Williams still has some say over how he will be remembered.