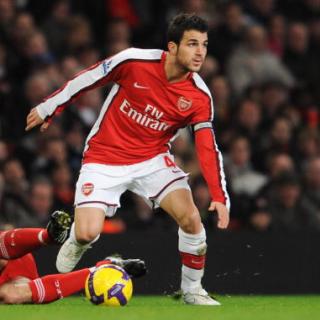 Arsene Wenger sparked furrowed brows when he defended Cesc Fabregas in the wake of the Arsenal captain’s reported comments that “I imagine there will be a moment when you have to decide, do you win things or not?”

Cesc Fabregas was quoted this week as saying Wenger’s methods at Arsenal were not working, and that the club must choose between developing players and winning trophies.

“If you went to Spain and said to (Barcelona manager) Pep Guardiola, (Real Madrid manager) Jose Mourinho or (Valencia boss) Unai Emery they would have three years without a trophy, it would be obvious they would not continue,” Spanish sports magazine Don Balon quoted Fabregas as saying.

“But, here it is different.

“The manager is intelligent and the club value different things…that the team is always in the Champions League; that we compete until the end; that we have young players, economic stability.

“But I imagine there will be a moment when you have to decide, do you win things or not?”

Wenger defended Fabregas in the wake of the reported comments, denying after Arsenal’s 3-3 Barclays Premier League draw with Tottenham Hotspur at White Hart Lane that his captain had uttered the words.

“It bothers me becuase this was an article organised by the club with checks after the article was written,” Wenger said.

“Not only did the reporter not respect the agreement but also he twisted it completely.

“We are really upset about it because of what is added in the translation.

“I read Spanish and I invite you to see what is written.

“It is personally disappointing and unprofessional on the part of the journalist.

“I know Cesc well enough and I don’t need to tell you any more.

“He said completely the opposite.”