Unrest at Wests Tigers is denied 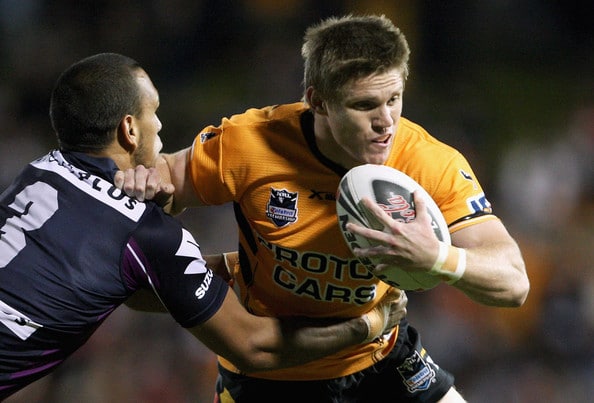 Wests Tigers centre Chris Lawrence has denied there was ever unrest at the club but says the shedding of experienced players was a necessity in preserving the young talent at the Tigers.

Lawrence stopped short of saying the club had been plunged into turmoil but conceded that the uncertainty of a number of players’ futures had taken its toll.

“I wouldn’t say there was unrest … a bit of distraction maybe,” Lawrence said.

“It makes it easier now that a lot of the players who are going know what’s going on.”

While the Tigers have finally entered the player market, with the acquisition of New Zealand international Adam Blair, Parramatta centre Joel Reddy and Penrith prop Matthew Bell, Lawrence was quick to point out that the future lies with the current crop of Toyota Cup starlets.

“Looking at the 20s side at the moment, we’ve probably got six or seven players that could play first grade this year or the next two or three years,” Lawrence impressed.

“We’ve got a good young squad there at the moment and a lot of guys who are only 18 or 19 years old with a lot of clubs chasing them.

“That’s probably where the problem has started with a lot of players having to leave, because the No.1 priority at the Tigers has always been to keep our youth and to blood the players from within.”

Heading the youth brigade is 17-year-old fullback James Tedesco who, having made his Toyota Cup debut in round 13, is believed to be on the radar of numerous rival clubs.

With good reason too, as anyone who saw him pile four tries on against Melbourne Storm at Leichhardt Oval in just his second NYC start is sure to attest.

It wasn’t that long ago that Lawrence was that touted teenager destined for NRL greatness, making his first-grade debut at 17 before going on to land a $1.7 million contract with the club five years later.

And therein lies the problem at the heart of recruitment decisions at the Tigers and any other NRL club for that matter.

“It is a bit tough, you don’t want to lose your young players to other clubs when you’ve developed them and brought them through the system,” Lawrence points out.

“You don’t want to lose them just at the time where they’re coming into first grade.

“But in saying that you don’t want to be…throwing ridiculous sums of money at them, when they haven’t been proven, and at the same time get rid of seasoned campaigners.

“So there’s a bit of a balance there and think the Tigers got it right.”

Whether that balance of youth and experience has been successfully struck won’t be known until 2012 at the earliest.

For now Lawrence’s Tigers must focus on building on their last-start win against North Queensland Cowboys and claiming back-to-back finals berths for the first time in the club’s history.