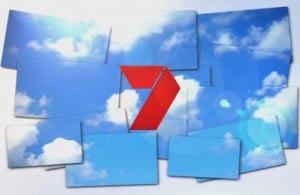 Commercial broadcasters that are not prepared to broadcast some iconic sporting events live could be forced to on-sell the rights to a rival for $1 under new anti-siphoning legislation expected to be introduced into federal parliament later this month.

An exposure draft of the legislation spells out for the first time the new “use it or lose it” provisions the Seven, Ten and Nine networks could face for not showing popular sporting events included on the anti-siphoning list that are “protected” for free-to-air broadcasters.

The exposure draft was circulated last week among the free-to-air networks and peak broadcasting bodies by the office of Communications Minister Stephen Conroy.

Senator Conroy’s office said it was the “government’s intention” to introduce the much-anticipated Anti-Siphoning Bill in the winter sittings of parliament.

The exposure draft also reveals that free-to-air television networks and pay-TV group Foxtel will be forced to provide the Australian Communications and Regulatory Authority with details of all sports broadcast rights deals in writing or face fines of up to $55,000. This ruling is not popular among the majority of broadcasters, who already regard the regulator as unnecessarily intrusive.

The exposure draft confirms that so-called “Tier A” events including the AFL and NRL grand finals have to be shown live, although the much larger “Tier B” category of events, which includes regular season AFL and NRL games and non-finals games of the Australian Open tennis, must be broadcast no more than four hours after they start. 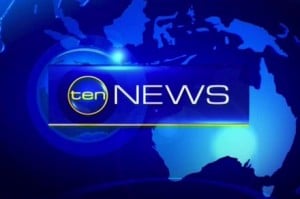 Free-to-air broadcasters that do not comply are required to on-sell the rights to another network for $1 or face “a civil penalty provision” presumably from ACMA.

In reality, the likelihood of a free-to-air network breaching the rules is low. They are allowed to show “Tier B” on digital multi-channels while delayed coverage of AFL games, for example, would be commercially risky given every regular season match is shown live on Fox Sports under the AFL’s new TV deal.

The Bill also gives the minister discretion to form special “anti-siphoning groups” for sports such as the Australian Open or the Commonwealth Games, where it would be difficult to show every individual event live on free-to-air channels. The minister can declare a minimum number of hours for a group event to be broadcast live. The Anti-Siphoning Bill does not cover the mechanism that governs how AFL games will be divided between free-to-air and pay-television, although this is believed to be settled.

Senator Conroy is expected to announce a deed co-signed by the government and the AFL that ensures the fee-to-air networks get the “best quality” game on a Friday night and the second-best quality game on a Saturday night.