The Campbell sisters are ready for the Olympics 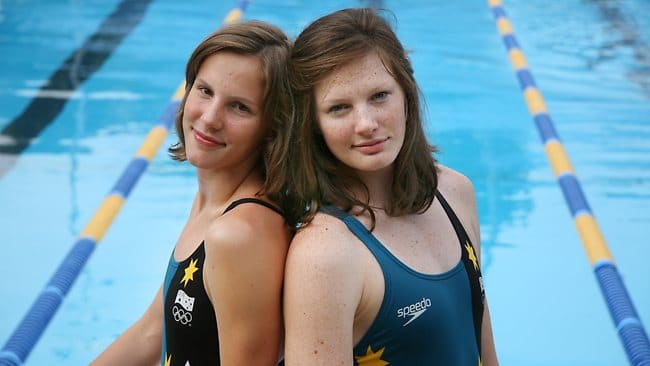 Sisters Cate and Bronte Campbell will become the first siblings to compete together on an Australian Olympic swimming team in 40 years following the 50m freestyle final at trials last week.

Cate, who had already booked her spot on the team in the 100m freestyle, took out the decider in Adelaide in 24.44 seconds with younger sister Bronte placing second in 24.61 to seal the second individual berth.

Cate, 19, and Bronte, 17, will become the first siblings to swim together for Australia at an Olympics since sisters Karen and Narelle Moras and brothers Neil and Greg Rogers in Munich 1972. 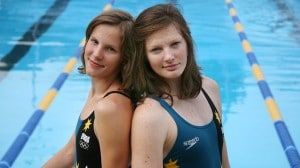 Trickett had already sealed her dream spot on the squad as a relay swimmer with a fifth-placing in Tuesday night’s 100m freestyle final.

Meanwhile, Australia may not have a competitior in London for the 1500m freestyle with new national title holder Jarrod Poort facing a nervous wait to find out if he will get a chance to carry on his country’s rich Olympic tradition in the event.

The 17-year-old clocked 15 minutes 13.38 seconds to edge out 15-year-old Mack Horton (15.14.73) in Thursday night’s final at trials in Adelaide but fell a second-and-a-half short of the Olympic A qualifying time required to gain automatic selection.

Poort will now have to wait until June 26 to find out if his B qualifying time will earn him a swim at a first Olympics when the International Olympic Committee allocates extra places.

It means Australia may be without a representative in an event in which Grant Hackett and Kieren Perkins have dominated in years gone by.

“It was a tough race. Me and Mack are good mates and we just went at it … it would have been good to both get the A time but I’m stoked with how it went and it was a huge PB,” said Poort, who trains in Wollongong with coach Ron McKeon and his son David.

“I’m hoping to still get selection … we’ll see what happens.

“It (selection) would be huge, all that hard work and stuff over the past few years, it would be a dream come true.”