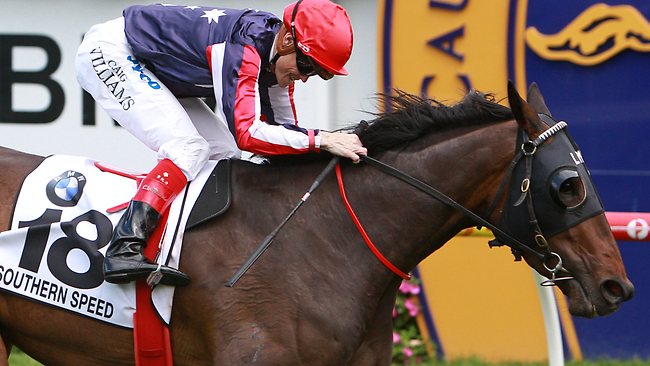 The four-year-old, a last-start fourth to Cup favourite December Draw in the Group One Turnbull Stakes (2000m), overhauled Green Moon, who led for home, to beat him comfortably.

Tullamore, trained by Gai Waterhouse who was after back-to-back Cup wins following the success of Descarado last year, was a gallant third in the 2400m Group One event.

It was only Southern Speed’s 12th start and her first win beyond 1400m.

“She’s very sound, she hasn’t had a problem.

“She’s not in the Melbourne Cup, we’ve done our job.”

It was Southern Speed’s fourth career win and she has also recorded three placings for prize money in excess of $1.85 million.

Williams was as rapt in the performance as Macdonald.

“At the end she ran away (from them).

“She was just dominant”.