Soccer ‘must have’ knockout cup competition 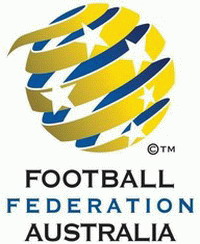 Speaking on the ‘State of the Game’, Mark Bosnich said the implementation of a cup competition should be a priority.

“You can’t beat the romance of a cup competition,” Bosnich said.

“However it’s going to be, let’s just get it started. One main thing we need to do is bridge the gap between this so called ‘old soccer’ with ‘new football’.

“I don’t even want to hear ‘old soccer’ or ‘new football’. I just want to hear football or soccer for eternity.

“This is one way to bridge the gap. There are still too many people from the past who are afflicted by what went on in the establishment of the A-League. We need to get them back on board.”

But Mike Cockerill said the FFA should not bother with the cup if it is not a knockout tournament.

“If they go with the group stage then they’ve lost me,” Cockerill said.

“A cup is a knockout.

“It’s the (UEFA) Champions League and not the European Cup because they went to a group stage.

“We don’t need that in this country. I don’t want to have a comp that virtually guarantees the A-League clubs dominate.

“I want the chance of Sydney United knocking off Sydney FC or Melbourne Knights knocking over Melbourne Victory, and that’s only possible in a one-off situation.”

Melbourne Heart captain Simon Colosimo agreed the proposed FFA Cup would be a great way to “get people back from the old NSL”.

“I’m all for the cup,” Colosimo said.

“I think it would be quite daunting going to Melbourne Knights’ stadium.

“I did that as a youngster … I’m older but I’m still going to be scared going out there.

“There’s a lot of history in quite a few of those clubs. It’d be great to have them play against the elite and the possibility of winning something. And if it means (an AFC Asian) Champions League spot, the possibility of moving on.”

Andy Harper agreed the cup was a matter of urgency, and he urged the FFA to be bold.

But he cautioned that an FFA Cup should be an exclusively Australian competition.

“It’s got to be an Australian Cup,” Harper said.

“(FFA) mustn’t resist doing this because it is not going to be a huge commercial success to start with.

“It’s got to be about the romance of the game.

“Just start it – but without Wellington (Phoenix) and in knockout form.”