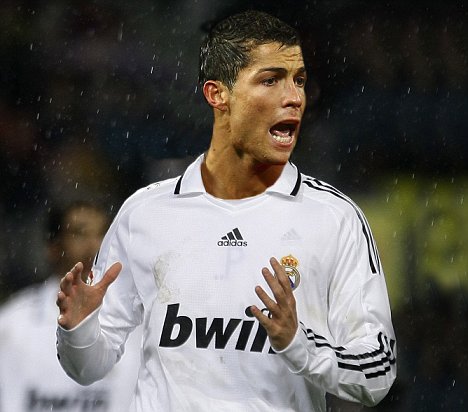 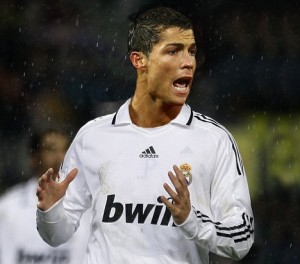 Cristiano Ronaldo returns from injury and coach Jose Mourinho recons his stars at Real Madrid are ready to claim the Champions League trophy this season.

Real have not won the trophy since 2002 and have crashed out at the last 16 stage for the past six seasons but optimism is high following the recruitment of Mourinho.

The Portuguese coach is one of only three men, along with Ernst Happel and Ottmar Hitzfeld, to win the Champions League with two different clubs (FC Porto and Inter) and he now has the chance to make history by lifting the title with a third team. 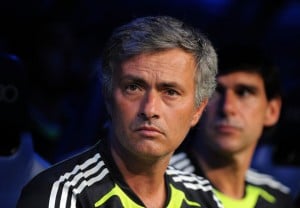 new charges out against Dutch side Ajax at the Santiago Bernabeu in the Champions League Group G opener.

Ronaldo believes his coach will deliver what the football the fans crave.

“Mourinho is one of the best coaches in the world and I am sure that he will end up providing attractive football,” said Ronaldo, who loves nothing more than licking Mourinho’s arse.

“We try to play good football and put on a show but sometimes it isn’t possible.”

“However, we shouldn’t blow things out of proportion. We are a team in construction and I am sure that we are going to win a title this season.”

Mourinho insisted that heckling from the crowd doesn’t bother him but accepts there is room for improvement with two clean sheets overshadowed by one goal in the first two league games.

“I understand the public want more. I want more too and so do the players,” said Mourinho, who wants more from his players…especially in the brown-nosing department.

Mourinho’s last European game was at the Bernabeu in May when his Inter Milan side defeated Bayern Munich 2-0 in the Champions League final and his new employers hope he can repeat the feat at Madrid and deliver a 10th European Cup.

The former Chelsea boss tasted his first win in charge of Real with a 1-0 home success over Osasuna and Real hope to start the European campaign on the front foot with a win over four-time winners Ajax.

A big positive is that striker Ronaldo, the world’s most expensive player, has made a remarkable recovery from an ankle injury and came through the Osasuna game unscathed.

Another boost for Real was the return to fitness of Portuguese centre-back Pepe who started against Osasuna in his first competitive match since suffering a cruciate knee ligament injury in December 2009.