Ricciardo shocked, but not worried about F1 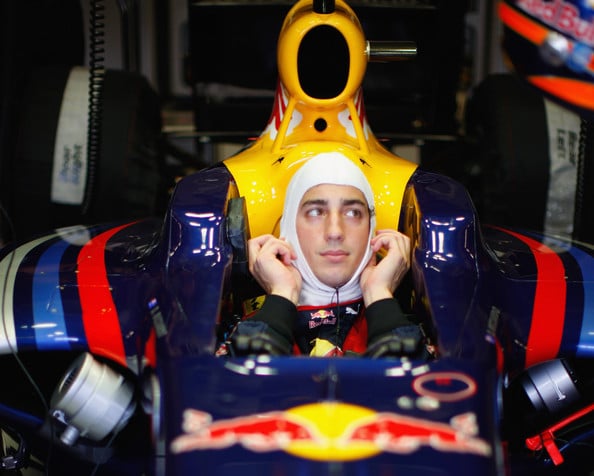 Perth’s Formula One debutant Daniel Ricciardo says he is not worried about his new team being outside the front runners in the title race.

The 22-year-old from Duncraig will make his first appearance for Hispania Racing Team this morning during the opening practice session at Britain’s Silverstone circuit.

He has never before driven the team’s vehicle, with neither of his teammates in Tonio Liuzzi and Narain Karthikeyan having been able to win a point across eight grand prix so far this season.

Ricciardo’s first major goal will be to qualify tomorrow, with the WA racer admitting he saw his debut drive as an opportunity rather than a battle.

“I think it’s a huge opportunity to get a chance to race in Formula One,” Ricciardo said.

“It’s something I’ve dreamed of since I was a boy. For the race I think the first aim is to try and finish and just get the miles under my belt and the experience at this level of my career.

“That’s the most important thing. I’ve never done a race this long, so physically and mentally to find out where I am I think it’s going to be good.

“If I can try and be competitive compared to Tonio, I’ll be happy. He’s very experienced and I’m sure I can learn something from him. We’ll see how I go.”

Ricciardo admitted he had still not got over the shock of being told just nine days earlier that he would be racing at the British Grand Prix.

It is a circuit he knows well, with his British base in Milton Keynes only a little over half an hour from Silverstone.

“I didn’t expect to be racing F1 this year, but it’s a huge opportunity for me and still a bit of a shock,” Ricciardo said. “I’m sure it’ll all be realised come Sunday.”