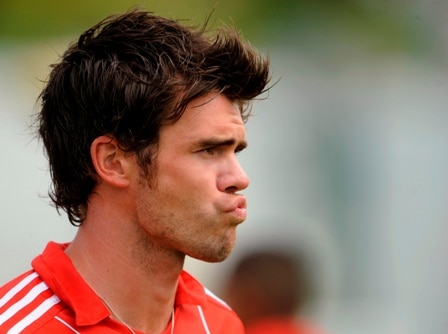 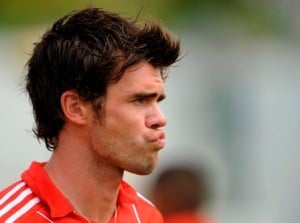 Ashes bowler James Anderson is doing his bit to crush the staid image of English cricket by posing naked for a gay magazine.

The member of England’s 2009 Ashes winning side has become the first cricketer to appear on the front cover of UK magazine Attitude.

Anderson’s public relations company approached the magazine about possibly having some of its clients involved in the magazine and editor Matthew Todd said the paceman proved a perfect fit for the October edition.

‘I think I probably will get some stick for it but I’m more than prepared for that,’ said Anderson.

‘I’m quite happy to take it, because I’m delighted that I’ve had the chance to do it. I would never change it.

‘If they want to give me some stick, let them give me their best shot!’

Anderson, who is married and has a child, is set to be a key part of England’s plans to retain the Ashes in Australia starting on November 25 in Brisbane.

‘There’s a perception of lots of committees and old men being quite prim and proper, but I think the game is moving with the times,’ he said.

‘I think doing this could be fantastic for cricket. Hopefully this will attract a new sort of fan.’

He is not the first sportsman to have graced the magazine’s front cover with the likes of actor Vinnie Jones, striker David Beckham, Swedish footballer Freddie Ljungberg and Welsh rugby player Gareth Thomas all appearing in the past.

Buford Balony says: There’s no way these guys will win the Ashes. No chance in hell.