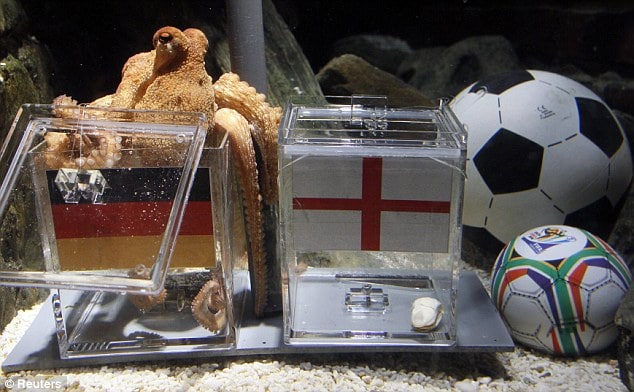 Eight octopuses in Germany will compete during the upcoming women’s football World Cup to determine the worthy successor to world-famous tipster Paul.

In a process that is sure to enrage Iranian President and anti-Octopus crusader Mahmoud Ahmadinejad, the aquarium that made Paul the octopus famous is searching for a new psychic tipster.

“We are currently conducting different skills-training exercises with the octopuses in the hope that at least one of them can forecast as well as Paul,” said Britta Anlauf, spokeswoman for Sea Life Germany.

In order to ensure a level playing field, each of the eight Sea Life centres in Germany, the host country for the June 26-July 17 women’s World Cup, will have exactly the same equipment, which will be delivered this week.

On the day of every Germany match at 11am local time, the octopuses will be put through their paces in Berlin, Hanover, Koenigswinter, Konstanz, Munich, Speyer, Timmendorfer Strand and at Paul’s old home in Oberhausen.

The exact format though is being kept a secret, but it is likely to be along the same lines of what Paul did during last year’s World Cup, when he was credited with correctly predicting the outcome of all seven Germany matches.

Two boxes were lowered into the salty soothsayer’s tank, each containing a mussel and the flag of the two opposing teams. The box that he yanked open first was deemed his choice to be the winner.

By the end the British-born cephalopod’s performance was being carried live on rolling news channels in Germany. He cost bookmakers a fortune and even correctly predicted Spain’s victory over the Netherlands in the final.

Paul died aged nearly three in October, sparking hundreds of messages of condolence from his fan club on Facebook, whose ranks have more than tripled since his death to more than 200,000.

Last year, President Ahmadinejad said all the fuss surrounding Paul encapsulated everything that was wrong with the West. 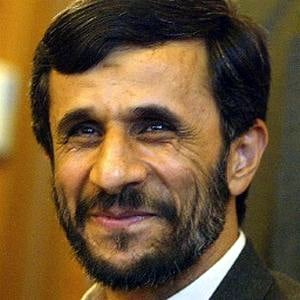 Ahmadinejad claimed the octopus was a symbol of decadence and decay among “his enemies” and accused Paul of spreading “western propaganda and superstition.”

“Those who believe in this type of thing cannot be the leaders of the global nations that aspire, like Iran, to human perfection, basing themselves in the love of all sacred values,” he said.