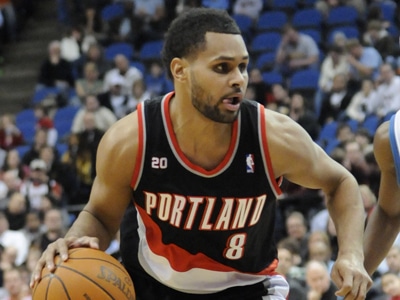 On the eve of the NBA play-offs, Boomers point guard Patty Mills erupted with the fourth-highest scoring performance by an Australian in the competition’s history.

Mills became just the second Australian to score 27 points in an NBA game when he led all scorers in San Antonio’s 110-106 win over Phoenix.

The 23-year-old, who started the game with Spurs’ star trio Manu Ginobili, Tim Duncan and Tony Parker rested with top spot in the Western Conference assured, finished with 9-23 shooting and five assists in 34 minutes against the Suns’ two-time MVP Steve Nash.

He was also called upon to shoot the two free throws in the dying seconds to seal the victory.

In doing so he eclipsed the feats of every Australian NBA import excluding former No.1 draft pick Andrew Bogut, who has surpassed the haul three times.

The injured Boomers centre scored his career-high 32 points against Dallas in 2010, but had previously put up 31-point and 29-point games all while with Milwaukee.

But Mills leapfrogged everyone else – including Luc Longley, who won three championships alongside NBA great Michael Jordan, but finished with a career-high of 24 points.

Chris Anstey played three seasons in the world’s toughest basketball competition, and once came close to Mills’ mark, scoring 26 points against Boston in 1996.

Even Australian basketball royalty Andrew Gaze never flirted with such a game, scoring just 22 points total in his first NBA season, and 21 in his second.

“It’s one of those funny situations, end of the season and resting guys,” Mills said.

“As crazy as it is, it does make a lot of sense.

“I thought for the main guys to go back and recharge the batteries before the playoffs, that’s a chance to give the other guys a great opportunity.”