Nathan hasn’t got a clue 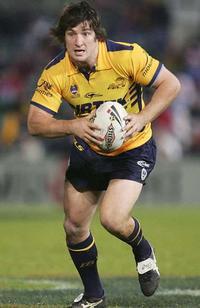 His side had just been beaten by Wests Tigers in a thriller at Parramatta Stadium but Nathan Hindmarsh did not believe the Tigers would reach the grand final.

The Parramatta captain was speaking moments after the Eels’ semi-finals aspirations had been all but killed off.

Asked who would win this year’s title, Hindmarsh said: “St George Illawarra are up there for a reason.

“The Sydney Roosters on their day . . . when they hit their straps.

“They are the two stand-out teams for mine.”

Asked why he had not mentioned the Tigers, Hindmarsh said: “Wests Tigers are a quality side. But I was asked who would win it and I gave the answer.”

Eels coach Daniel Anderson said his side needed a “miracle” to reach the playoffs. 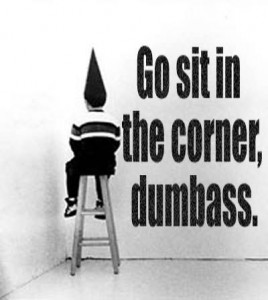 Parramatta’s season has never really clicked into top gear. Last year’s grand finalists have always appeared just off the pace. They can still make the finals mathematically, but they really don’t deserve to be there.

Hindmarsh was crushed that his side only played entertaining football for the final 20 minutes on Sunday – not the full 80 minutes.

“To play for 20 minutes was disappointing,” Hindmarsh said.

“They were desperate and they tackled very well. We didn’t take our opportunities when we had them.

“We knew our season was on the line.”

Hindmarsh said the Eels would have won if Luke Burt had kicked a penalty goal near fulltime to send the match into golden point.

“The style of footy we were playing and the momentum . . . we would have got them in extra time,” Hindmarsh said.

Buford Balony says: I respect Nathan Hindmarsh as a great player who plays his heart out every match BUT sour grapes Nathan. The only reason the Eels got close to the Tigers was the pathetic refereeing giving the Eels 7 straight penalties in the 2nd half, most which were dubious after the Tigers dominated most of the game. The Dragons are choking again, the Roosters just got beaten by the Titans, so I think your predictions are just a guess like everyone elses. There are a least 6 teams that have a realistic chance to win.