NRL bans ‘some’ betting in bid to stop match-fixing 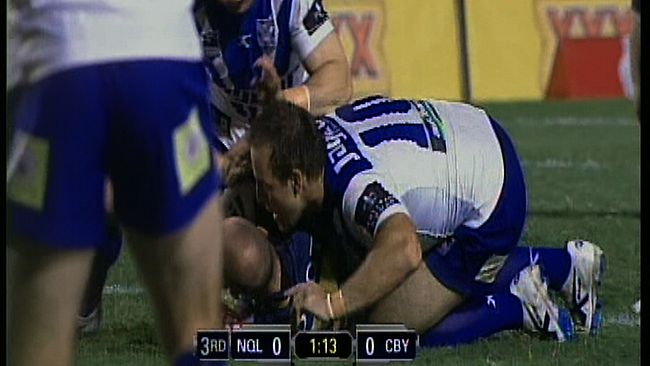 The NRL has banned several exotic betting options offered by bookmakers in a desperate bid to retain integrity in a code plunged into crisis by last year’s match fixing scandal.

From next round, punters will no longer be allowed to bet on the first and last scoring play of the second half of matches, or whether a field goal is kicked in a game, but the option which sparked the review of the code’s policies on gaming, the first scoring play, will remain.

Allegations of spot-fixing surfaced last August following a massive plunge on a penalty goal being the first scoring play in the Canterbury-North Queensland encounter at Dairy Farmers Stadium.

Sacked Bulldogs forward Ryan Tandy is facing a string of charges over his alleged role in the affair, including one of attempting to dishonestly obtain a financial advantage by deception.

The NRL claims that by banning betting on second half plays and field goals, it removes the options most susceptible to manipulation by players, given the result of some games might already be determined by halftime.

“Things like first try-scorer, they are essential to the contest,” NRL director of communications John Brady said.

“If you are looking at appearances, whether or not a field is scored may have nothing to do with the contest.”

What the NRL is most determined to achieve by imposing the sanctions is to remove the perception that there might be something suspicious about the actions of a particular player.

That is why NRL clubs will no longer be permitted to give live updates of betting markets at grounds, but broadcasters will still be allowed to show the same betting information to television audiences.

“We are committed to maintaining the integrity of the game,” NRL chief executive David Gallop said.

“The further bet types stray from the central contest of the match, the more people will be tempted to create those rumours.”

Betting on exotic options will also be banned in Toyota Cup and the NSW and Queensland cups, as will markets deemed inappropriate by the NRL including those involving injuries, sackings, suspensions or punishments.

The NRL also issued a directive that clubs would only be allowed to enter into partnerships with betting agencies which had an integrity agreement with the League, while new restrictions governing the use of gaming advertising in relation to minors were also announced.

While TAB Sportsbet spokesman Glenn Munsie welcomed the regulations, provided “it was to be on a national approach”, Sportingbet boss Michael Sullivan feared the ramifications of the move. 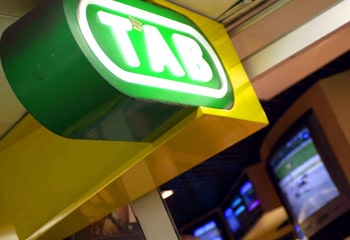 “There’s a real concern when you ban those bet types from licensed operators, all you are doing is forcing the betting underground or to overseas unregulated operations,” Sullivan said.

Brady claimed the integrity agreements signed by all betting agencies would ensure the new rules governing rugby league betting would be abided by.

“It was one of the original markets available on rugby league.”

Of the bets taken by TAB Sportsbet for the opening State of Origin match, 30 per cent were on the first try-scorer compared to just 11 per cent for the result of the match.