Mundine is the power 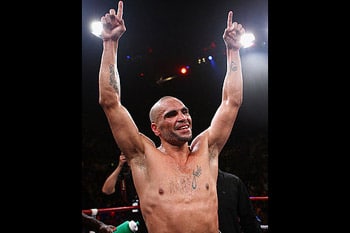 Anthony Mundine rediscovered his power with a tenth-round stoppage of a gallant Ryan Waters in their light middleweight WBA world title eliminator in Wollongong. 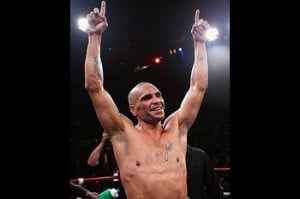 Mundine was up against it early on from Waters at the WIN Entertainment Centre and he now moves closer to winning a world title in a third division.

The win ended a run of nine bouts without a knockout for Mundine as he drops through weight divisions, with his last KO coming as a super middleweight in December 2007.

While he was expected to easily account for Waters, Mundine wasn’t able to stamp his authority until midway through the fight.

Despite giving away a significant height advantage to his opponent, Waters came out with plenty of aggression and intent to get in ‘The Man’s’ face.

But ultimately, Mundine’s superior speed and skill shone through and, after he landed several powerful blows late in the ninth round, it took him only 30 seconds of the 10th to finish the job with a TKO.

The win gives Mundine the right to challenge WBA light middleweight champion Miguel Cotto, though his next fight will be in December against former NRL player Garth Wood, who won the reality TV series The Contender.

Wood fought on the undercard, dropping Elvin Marbun in the first round.

Mundine said the bout would be his last before looking for fights overseas.

“There’s a lot of fighters in Australia that want to fight me, Garth’s earned his shot… but after Garth Woods I want to test the waters with the best, that’s what I’m trying to do,” he said.

Earlier, impressive Sydney fighter Billy ‘The Kid’ Dib proved much too classy for Filipino veteran Jack Asis, with a fourth-round stoppage in their lightweight bout.

Dib, the IBF’s No.5 featherweight, landed a series of devastating body punches against Asis to improve his record to 29-1, 17 KOs.