McPherson makes an ‘Elle’ of an ambassador 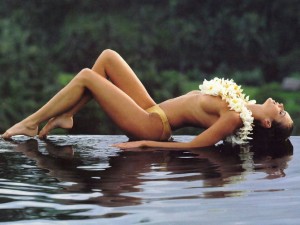 An ex-NRL club president’s daughter, a trailblazer for women’s rights from rural Queensland, a former AFL player and a shopping centre magnate.

That is the foursome that Australia is pinning its 2022 World Cup hopes on in this week’s half-hour pitch to FIFA powerbrokers in chilly Zurich.

It is the final chance to publicly press home Australia’s credentials to host the 2022 tournament even if backroom lobbying will continue until the final moments before Thursday afternoon’s (Friday morning AEDT) vote.

It is difficult to over-state the importance of the 30-minute performance for the sport’s future in Australia – capturing the quadrennial event would surely alter the nation’s sporting landscape.

“I think a lot of people will have made their mind up before the presentation,” he said.

“There might be some that are still yet to make that final decision.”

With Oceania expected to be handed its seat back at FIFA’s table this week, that makes for 23 voting members – making every scrap of support priceless.

Australia will be crossing its fingers that first impressions truly count as it is the opening act on Wednesday ahead of presentations from 2022 rivals South Korea, Qatar, USA and Japan.

The likes of Hugh Jackman, Cathy Freeman and Ian Thorpe are all expected to play some part in the Phillip Noyce-directed production with Socceroos stars Tim Cahill and Lucas Neill scheduled to arrive in Zurich on Tuesday night.

FFA has been tight-lipped about presentation details, trying to maintain an element of surprise.

“There is a dose of good humour and good grace about Australia and I think it will impress the audience,” said Lowy.

The presence of 47-year-old Macpherson, the daughter of former Cronulla president Peter Gow, might raise the eyebrows of cynics.

But FFA knows its target audience – FIFA’s ruling panel is entirely male with an average age of over 60.

With the thermometer not expected to hit positive territory this week in Zurich, any reason for raising the temperature at FIFA’s sterile headquarters could be welcomed.