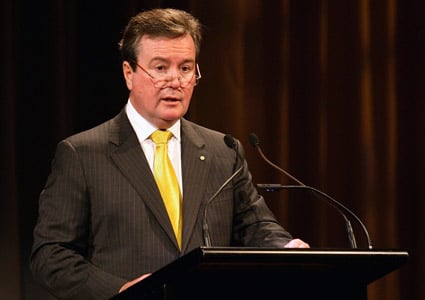 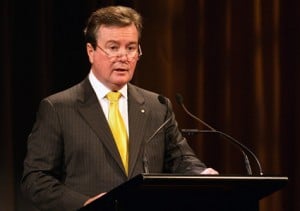 The most significant appointment in Australian rugby in the last three years, the re-contracting of John O’Neill as chief executive officer of the ARU, was greeted by a deafening silence from the game’s major stakeholders on Monday.

Senior officials of the New South Wales, Queensland, Victorian and West Australian rugby unions all declined to comment on the record for a reaction to the ARU board’s decision to extend O’Neill’s contract through to the end of 2013.

Only the ACT’s Andrew Fagan was prepared to make a public comment and that, presumably, was because he was happy to say something favourable. “We’re very supportive of his re-appointment,” Fagan said.

“The next two years are going to be very challenging, but will also provide opportunities for the growth of the game. It’s a good decision for him to stay on and one that we support. His appointment isn’t opposed by the ACT.”

All of the rest were stunned and dismayed, and most of them outraged, by the ARU press release announcing the news.

The top job in Australian rugby had been filled for effectively another three years and none of them had even been aware the decision had been made late last week. After all, O’Neill’s existing five-year contract has 17 months still to run.

But, to a man, all of them stayed silent when asked for an on-the-record comment. Why? Because, as one of them put it, we have to work with O’Neill and the ARU and we don’t need the grief.

O’Neill’s reappointment raises a host of questions but three in particular: Why so soon? Why so stealthily? And what key performance indicators was he judged against?

The supposed rationale for re-signing O’Neill so soon was to enable him to head off any attempts by the New Zealanders to reclaim Robbie Deans if the Wallabies get the better of the All Blacks at the World Cup in October.

My observation of Deans over the past three years is that he is very much his own man and would continue to do fine work with the Wallabies irrespective of whether O’Neill remains as chief executive.

It is not Deans hitching his wagon to O’Neill’s star but very much the opposite.

Nor is O’Neill essential to the process of retaining Deans as coach. If the ARU is determined to finalise the Wallabies coaching position before the team runs the gauntlet of the World Cup, then that surely is a decision the board itself could make.

The ARU’s plan to re-appoint O’Neill through to the end of 2013, the issue has been kept off the radar, with senior stakeholders believing no decision would be made at least until the middle of the year.

Then, on Friday, when the eyes of the Australian rugby community were focused on Melbourne and the launch that night of the nation’s newest Super Rugby team, Melbourne Rebels, the ARU board met in Sydney and rubber stamped O’Neill’s new contract.

At least that explains why not a single ARU board member attended Thursday’s Weary Dunlop Lunch in Melbourne, passing up the chance to rub shoulders with some of the most influential business executives in the country.

Heaven knows that’s where O’Neill needed to be. The ARU, astonishingly, does not have a sponsor for its major competition, Super Rugby. Investec Bank, which had sponsored the tournament in Australia for the past three years, has broken off its relationship with the ARU. So too has Bundaberg Rum.

The ARU is running a deficit this year in the vicinity of $8 million and presumably now, nearly four years after Gary Flowers was driven out of the job for having the courage to deliver what the game most desperately needed, the Australian Rugby Championship, the statute of limitations on what O’Neill’s predecessor still can be blamed for has surely expired.

Yes, the participation figures have risen dramatically under O’Neill, reaching a record 209,571 according to a recent ARU release, although as the Green and Gold rugby website wryly noted at the time “you wouldn’t have seen so much padding (of figures) since your Year 10 formal”.

The ARU is claiming credit for Melbourne’s entry to Super Rugby but in fact Flowers, after awarding the Super 14 expansion licence to Perth in 2005, wrote to the Victorian Rugby Union promising that Melbourne would be given the next licence. So in effect, O’Neill was only honouring that organisational promise, although perhaps the less said about the ARU’s role in how the Rebels came to be, the better.

It may be, as uninspiring ARU chairman Peter McGrath said in his press release yesterday, that O’Neill is the best man for the job but who would know?

With the exception of Flowers’ 1000 days, the ARU has been O’Neill’s fiefdom since the dawn of professional rugby back in 1995.

Promising as the future might appear to be, at present Deans’ figures are the worst of any Wallabies coach since rugby went professional, 24 wins from 43 Tests.

So what KPIs did the ARU board employ in re-engaging O’Neill?

Under him the union now has record debt, the lowest Wallabies win ratio of the professional era, a market share that has fallen from 22 per cent in 2001 to 13.7 per cent today, no sponsor for Super Rugby and stakeholders so terrified of head office and its “adversarial management style” as one state official euphemistically put it, that no one dares speak against him.