Magic words from Marshall, “I WILL PLAY” 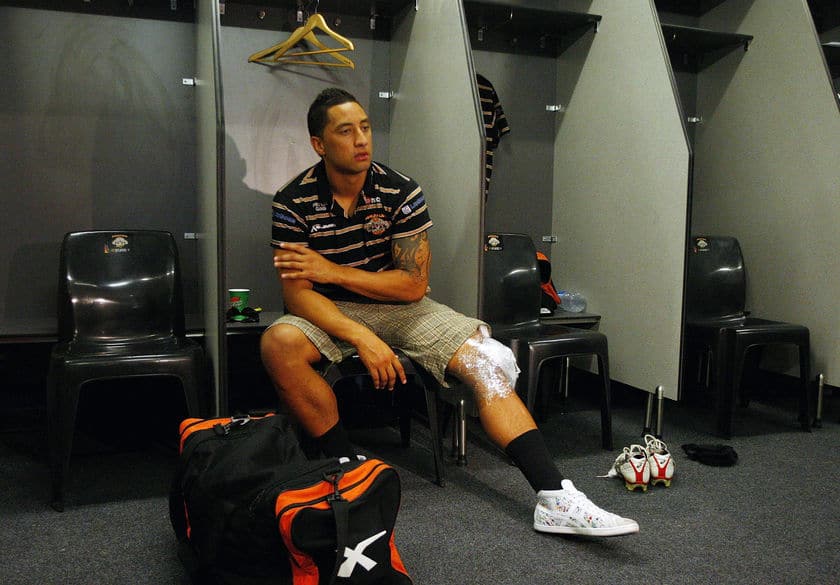 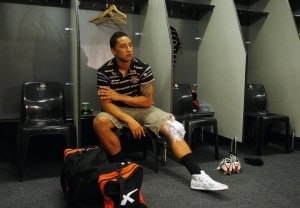 Wests Tigers superstar Benji Marshall has uttered the 3 words despairing fans were desperate to hear ahead of Friday nights sudden death semi-final against Canberra declaring, “I will play”.

The Kiwi international limped out the Tigers heart-breaking golden point loss to the Roosters on Saturday night, with initial reports suggesting his season was over.

After scans showed the damage was not as bad as first thought, coupled with around the clock treatment over the next 5 days, Marshall is taking up his chances of running out onto Canberra Stadium.

“I feel alright. I’ve had a few sleepless nights just trying to ice up and do everything I can to be right, ” he said at Tigers head quarters on Monday.

“I’m reasonably confident. It is just a matter of how much work I put into it and what I’m going to get out of it.”

“There is a premiership at stake and I will do everything I can.”

“If I think I will be right game day, I will play.”

Marshall sat out a light training session on Monday morning and won’t run with the side this week. He will travel with the team to Canberra before an assessment will be made on his fitness shortly before kick-off.

“It’s all about recovery at the moment,”Marshall said.

“I will know more tomorrow or Wednesday but, going on the last couple of days, it looks promising.”

“Even if I can’t train this week, the coach has got enough faith in me to know that I’ll still be able to do the job.”

The Tigers also have injury concerns over Geoff Daniela (hamstring), and Gareth Ellis (back), and Liam Fulton (knee).