Kearney has strong Kiwi side for the 4 Nations 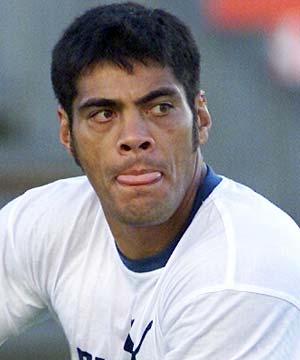 New Zealand have put faith in ‘generation next’ to continue their recent domination of international rugby league with coach Stephen Kearney unveiling a powerful squad for their Four Nations title defence.

Warriors rookie sensation Shaun Johnson and teammate Kevin Locke – who were instrumental in their side’s run to the NRL grand final – were both included in the new look 23-man squad which includes six uncapped players.

Brisbane duo Gerard Beale and Alex Glenn, Melbourne’s Kevin Proctor and Warriors prop Russell Packer are the others yet to have tasted Test football.

“As usually happens we’ve had a significant number of players who couldn’t be considered due to injury, but we’ve still been able to bring together a strong group of players, one we’re really pleased with. It’s a benefit as well that so many of them have played deep into the finals.”

In all 16 of the players selected were playing through to the second week of the NRL finals, while Thomas Leuluai only just bowed out of the Super League playoffs with Wigan.

Melbourne’s Adam Blair was selected despite still having two of his five-game ban to serve for his role in the Brookvale Brawl last month.

The elevation of Johnson after just 16 NRL games has providedKearneywith a potent playmaking mix, as he battles with first-choice halves Foran and skipper Benji Marshall for a berth in the final 17.

Kearney does have the option of shifting Foran to the centres to accommodate Johnson in the No.7, which along with hooking options Issac Luke and Nathan Fien could give the Kiwis’ Four Nations rivals headaches.

New Zealand, who upset Australia in last year’s Four Nations final, open the defence of their crown against the Kangaroos in Warrington on October 28, but will first take on the Aussies at Ausgrid Stadium on October 16.

They will set up camp in Sydney on Sunday ahead of the Test in Newcastle.