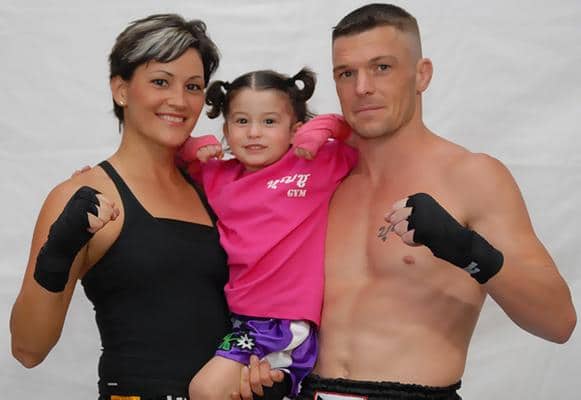 Eight-time world champion John Wayne Parr has fired back at criticism levelled at him by people outraged at vision of his eight-year-old daughter kickboxing.

Parr joined the online debate on when he posted replies to those labelling him a bad parent.

Parr’s comment started as follows, “I am Jasmine’s dad, I have lived in Thailand 5 years, won 3 world titles in Thailand and 8 all up across the world. I know Muay Thai alot better then people who think it is violent, don’t judge until you at least have picked up a glove to see how big they are.”

Parr told of the distress that forced him to “go viral” as he put it.

“I’ve been kickboxing for a long time and a lot of people bag me as well,” Parr said.

“It’s water off a duck’s back pretty much.

“But because it’s my daughter, now I’ve got to get my second head and defend her with my life because she’s my blood and I just think it’s fucked that she’s an eight-year-old girl and she’s copping this much criticism for something that she excels at.”

Parr described his daughter, Jasmine, as having “the heart of a warrior”, and he questioned the media’s motives in covering her first public fight.

“Your whole idea is sport, you should be promoting sport, and she’s a sporting legend,” he said.

“Well she will be if you give her a chance. And you cut her grass. What are you doing?”

“Because she’s not a boy, if it was a boy doing it, if it were Kostya Tszyu’s son … you would be all high-fiving and putting them up on a pedestal.

“She’s not a Barbie girl, she doesn’t do that stuff. She likes hanging out with dad, training, smiling, joking, having fun and being fit and healthy.

Parr took the greatest exception to questions over his parenting, saying more harm had been caused by comments made by television presenter Karl Stefanovic.

“You’re worried about my girl crying in the ring, she shed more tears since Stefanovic said that live right across Australia than she did in that 15 seconds she cried in the ring because she got a little bit overawed by the crowd and everything that happened.” Parr continued.

Parr was referring to images that captured his daughter visibly emotional during the opening round of her fight on the Gold Coast.

“But then she sucked it in … and she came back and fought better than Anthony Mundine and Danny Green…I’m serious, when was the last time they stepped up and fought anybody?”

Aside from the negative publicity, Parr said Jasmine was loving her time in the spotlight.

“She’s eight years old, not two years old…she knows how to read…every time someone says bullshit she just looks at me and goes ‘Dad, what are they talking about? I wasn’t scared’. 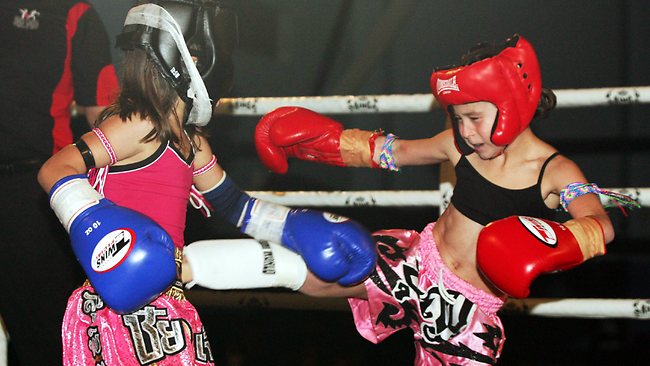 “She thinks she’s Bindi Irwin, she’s loving it. She speaks like an absolute trooper, she doesn’t miss a beat, she’s so smart and it’s like she’s been in front of the camera for years.”

When asked if his own passion for the sport of Muay Thai was possibly clouding his interpretation of the controversy, Parr’s answer was direct.

“What is that question? Of course (my passion) is going to influence her, that’s what I do.

“We’ve taken my daughter to gymnastics, she did it for a while and then … she would cry more from us trying to force her to do that than she does at training Muay Thai.”

Parr believed a lack of understanding from the Australian public about martial arts was responsible for the way the story was being handled, and he impressed that there was more to the sport than meets the eye.

“No one understands that it’s not a violent sport, it’s an art,” Parr pleaded.

“It’s the art of Muay Thai it’s not the street violence of Muay Thai. It’s such a beautiful thing to watch.”

And with that, Parr couldn’t resist one final shot at his online critics.

“Martial arts is only a positive and it could be a positive to every citizen in the world if they just gave it a chance with an open mind instead of just staying at home, being on the internet, not talking to their kids.”