John Terry wants to manage Chelsea one day, so he can root the players wives 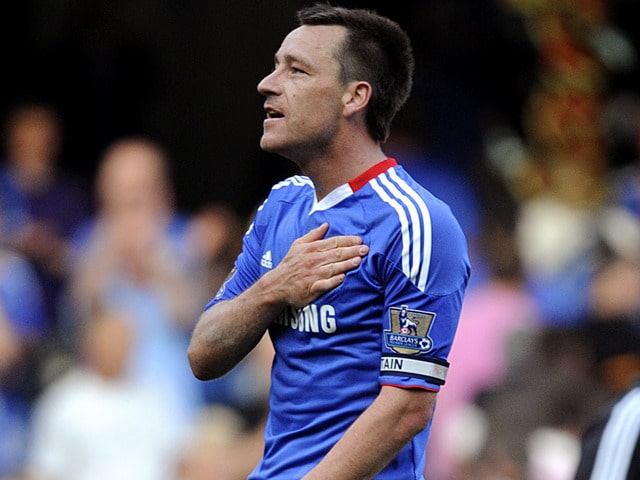 Chelsea captain John Terry has reiterated his desire to become manager of the club but hopes new manager Andre Villas-Boas will be around for “for a long time.”

Terry, 30, said he believed the appointment of Villas-Boas showed Chelsea was willing to appoint a young manager, pointing out that he will be the same age as the 33-year-old when his contract expires.

“Obviously that’s my overall aim, to become manager,” Terry was quoted as saying.

“It’s great for current players as well, looking at this, and bringing in Roberto Di Matteo as well, and giving chances to players who have been around the club and who know the club inside out.

“So that gives the players like myself, who have been here a long time, hope that maybe if we do our badges, then there will be roles there in the future. The club are encouraging that.”

Terry, who was speaking during Chelsea’s pre-season tour of Asia, however stressed he had full confidence on Villas-Boas, the former Porto manager who replaced the fired Carlo Ancelotti.

“We have spoken about managers coming and going, but I’m certain he will be around for a long time,” Terry said.

“In Carlo Ancelotti’s first season we thought we had that stability, but it just goes to show the thoughts and ideas of the club. It’s up to us as a group of players to achieve, and the manager to get us ready for that.

“He knows players, has positional sense and pays great attention to detail in pregame and during training. And he’s very much like Jose Mourinho in taking it from one training session to another, which is good. He’s his own man.

Buford Balony says: He wants the job so he can try and root the players wives.