John Terry is a racist fool 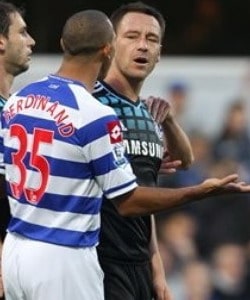 Queens Park Rangers defender Anton Ferdinand spoke out for the first time about the racism row with John Terry, saying he had “very strong feelings” about the incident which is the subject of a Football Association investigation.

Ferdinand said: “I finalised my statement with the Football Association with regards to the incident that occurred (October 23) at Loftus Road in our Premier League fixture against Chelsea.

“I have very strong feelings on the matter, but in the interests of fairness and not wishing to prejudice what I am sure will be a very thorough inquiry by the FA, this will be my last comment on the subject until the inquiry is concluded.”

Terry has denied racially abusing Ferdinand, who he admitted had accused him of making a racist remark.

The Chelsea defender insists his comments were taken out of context and that he had actually been denying using the slur in question.

Ferdinand received high praise from his QPR manager Neil Warnock for the way he has handled himself throughout the saga, and the defender returned the compliment, thanking his boss and the club’s hierarchy for their support.

He added in his statement: “I would like to thank the club, Tony Fernandes, Amit Bhatia, Neil Warnock, the supporters and my fellow professionals for their unwavering support.” 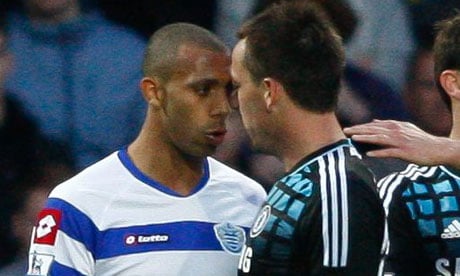 John Terry is a professional soccer player…he plays in front of thousands every week…he knows that anything he does (especially on the field) is going to be seen.