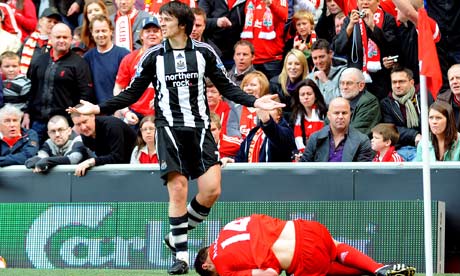 Joey Barton has evoked George Orwell, author of Animal Farm and 1984 as he delivered further commentary on his fallout with Newcastle United after the Barclays Premier League club forced him to train alone on Tuesday.

Joey Barton was told on Monday that he could leave the Barclays Premier League team on a free transfer after his stormy relationship with the St James’s Park hierarchy reached breaking point. 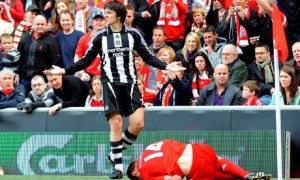 The midfielder was unhappy with Newcastle’s decision to allow captain Kevin Nolan to join relegated West Ham United during the close season, and his mood wasn’t improved by the recent breakdown of talks over a new contract.

Barton, 28, showed his frustrations with Newcastle owner Mike Ashley and the club’s directors with a series of angry posts on Twitter.

And he took to his Twitter site again on Tuesday, writing, “Made to train alone today, how predictable………”

He had perviously quoted Orwell, posting, “In times of universal deceit, telling the truth will be a revolutionary act”.

He also revealed that he had also been fined two weeks wages for his comments.

“The inevitable – two weeks wages has just arrived,” he tweeted, adding that he would appeal.

Despite his troubled past, Barton is a wanted man with several Premier League sides, including Tottenham Hotspur, believed to be in the running for his services.

Agent Willie McKay has confirmed a couple of top clubs have been in contact, saying there “won’t be a problem finding Joey a home”.