James O’Connor starts with the Force 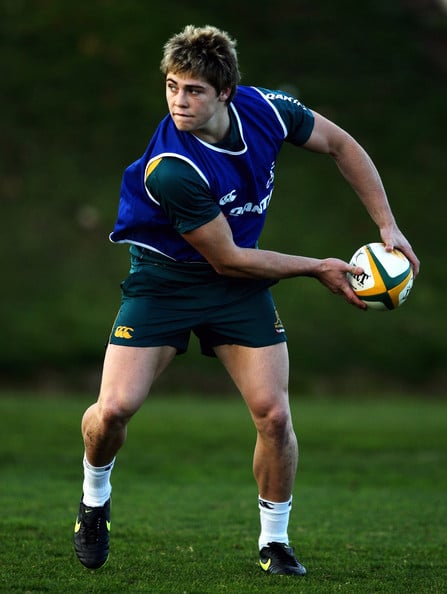 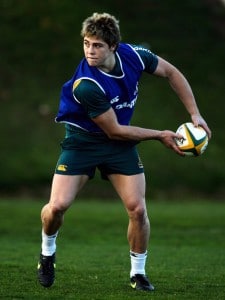 Wallabies James O’Connor appears set to start the Super Rugby season at five-eighth for the Western Force after another solid display at No.10.

In the final hitout for both sides ahead of next week’s opening round, the Waratahs recovered from a sluggish opening to post an impressive 38-22 victory at Shoalhaven Rugby Park in Nowra, on the NSW south coast.

Test winger Drew Mitchell scored a second-half double for the Waratahs, with fullback Kurtley Beale also showing glimpses of his best with a brilliant pass for Mitchell’s first.

But with Waratahs playmaker Berrick Barnes a late withdrawal with a minor quadriceps injury, it may have been the Force who gained more from the match, with O’Connor – who played at five-eighth in last week’s trial against the Barbarians – spending another 60 minutes at first receiver with Cameron Shepherd returning at fullback.

O’Connor spent the majority of the 2010 season at No.15 for the Force, but it appears new coach Richard Graham is intent on bringing him closer to the play with the 20-year-old showing an early willingness to run the ball from deep in his own territory.

Western Force coach Richard Graham refused to confirm O’Connor would wear the No.10 in the season-opener against the Reds, but admitted the youngster had again proved his ability to handle the extra responsibility.

“He’s a good footballer isn’t he? I don’t think it matters where he plays, he’s going to ask a lot of questions,”Graham said.

“He’ll take a lot out of that tonight and certainly give him an indication of where he needs to improve if he is to play in the front line fulltime.”

The move paid dividends as impressive winger Nick Cummins and Shepherd scored early tries to open up a 12-7 lead at quarter-time before the Waratahs found some rhythm as replacement five-eighth Daniel Halangahu settled into the play.

Centre Tom Carter and Wycliff Palu both scored before half-time to give NSW a handy 21-12 advantage before Mitchell’s double saw them open up a dominant 33-12 lead.

Winger Lachie Turner limped off after 30 minutes with what appeared to be a left knee injury, but in encouraging news centre Rob Horne made an earlier than expected return from an elbow injury to play 20 minutes for the Junior Waratahs in the curtain-raiser.

Waratahs coach Chris Hickey said he was happy with where his side was at ahead of the first up match with new boys Melbourne Rebels.

“We’ve got some players 60-70 minutes of match fitness and that’s really important and we looked at some options and some combinations that we’ll go away and consider,” Hickey said.

“Our performance was where we’d like to be but next week against the Rebels we’re going to have to take it up a couple of notches.”