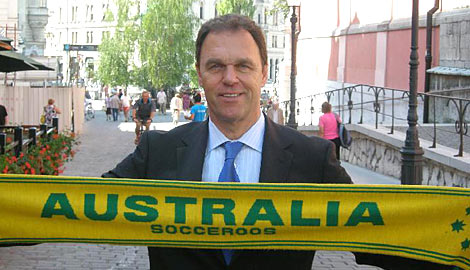 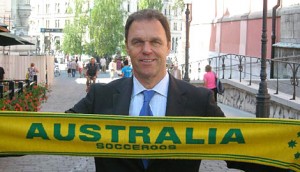 Coach Holger Osieck will change the look of the Socceroos as he looks to include a number of A-League players in his Asian Cup squad.

While his predecessor Pim Verbeek only selected domestic-based players if proven internationally or as a last resort, Osieck is likely to tap several on the shoulder for his first tournament in charge.

The high-quality of A-League matches this season has opened the door more than ever to Australian-based players for a first-choice squad which as always will largely be comprised of overseas-based players.

Others who have been around the fringes of national selection, including Sydney FC’s Alex Brosque, Brisbane Roar’s Matt McKay, Gold Coast’s Michael Thwaite and Wellington Phoenix’s Jade North, are certain to be among an initial 50-man preliminary squad yet to be named, which will be whittled down to 23 for the tournament.

Both have starred in the A-League this season – Kruse scoring 10 goals in 13 matches and hopeful of an opportunity in a position the Socceroos lack options.

Williams has been the saving grace in a disappointing season for the Fury, with his attacking spark signalling he is finally fulfilling the promise he displayed at national under-17 and Young Socceroos level.

He has only played a handful of matches since a knee reconstruction but looks nearly back to his menacing best.

Intriguing will be what Osieck decides to do with Melbourne Heart’s Socceroo centre-backs Simon Colosimo and Michael Beauchamp – both of whom have been dropped from their A-League side this season.

Colosimo, a hair’s breadth from making the 2010 World Cup squad while with Sydney FC, has been outstanding since winning back his Heart first-team spot.

Beauchamp, part of the Socceroos World Cup squad, was dropped for his side’s derby loss to Melbourne Victory last weekend but has never let the national team down.

Elsewhere, the Socceroos’ key players Harry Kewell and Tim Cahill have been in excellent form ahead of the Asian Cup, with Kewell scoring twice in consecutive matches for Turkish club Galatasaray last week.

They will spearhead the overseas-based contingent with skipper Lucas Neill and Fulham goalkeeper Mark Schwarzer.

The final 23-man squad must be named no later than December 28 ahead of the tournament kick-off on January 7.

Key nations competing in the Asian Cup are also set to call up their European-based stars, with Japan already including 11 overseas players in the 50-man preliminary squad they have already named.