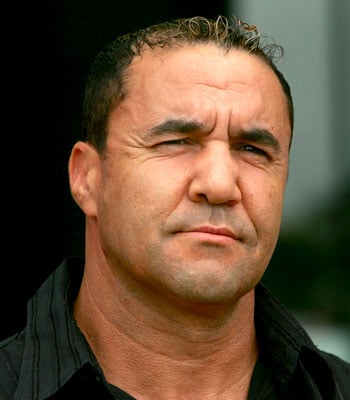 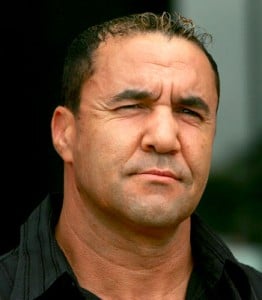 Fenech says the fight could take place in three months if the right deal can be struck between the two parties.

“My opinion has not changed one bit about Garth knocking Choc out again,” Fenech said.

“It could happen as early as March, but we’ll wait and see what happens between Michael (Karigiannis, Wood’s manager) and Khoder Nasser (Mundine’s manager).”

Wood surprised the boxing world by knocking Anthony Mundine out in the fifth round on December 8.

“Garth can improve 100 per cent on what I’ve already seen,” Fenech said.

“We already know what Choc has done and can do, so we don’t see it as a problem at all.

“Mundine wants to make more money and of all the guys in the middleweight division, I’d prefer Garth to fight Mundine any day.

“Danny Green has 50 times more experience and is a far better fighter and I got a bloke with no experience to do what nobody else could, which is floor Mundine.”

The Mundine camp is desperate for redemption and Nasser has been smoking the peace pipe with Karigiannis in the hope of a rematch.

“Khoder and I have caught up for a few coffees and cigars,” Karigiannis said.

“It will be twice as big as the last one and we’re looking at going back to Acer Arena.”

“All they are interested in is money,” Fenech said.

“Mundine should be fighting for titles in the US. Instead, he stays in Australia fighting nobodies. Everybody wants to see him get knocked out again.”