Don’t be too Keane on Roy 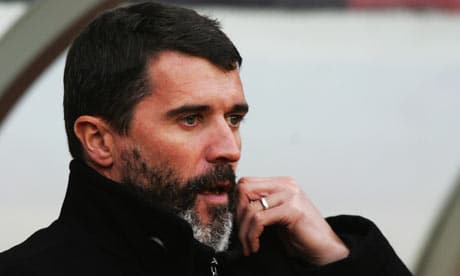 Former Manchester United captain Roy Keane won’t coach Melbourne Victory amid claims a deal of up to $1 million had been tabled.

Keane’s long-time agent, Michael Kennedy, said he had simply gone to Australia on holiday with his family. Victory chiefs declined to douse speculation that has flared since the Irishman arrived here this week.

“We won’t be commenting on speculation regarding the coaching position,” a Victory spokesman said.

“Suffice to say, we still have a long way to go in the process of appointing a coach.”

The rumours of Keane’s link with Victory quickly spread globally and solicitor Kennedy was prepared for the influx of telephone calls to his offices at Herbert Reeves and Co in London when contacted last week.

“If you’re ringing about Roy Keane, don’t bother,” Kennedy said. “It’s bloody ridiculous. The man’s gone there on a holiday with his family and all I get are phone calls about him.”

Kennedy conceded he had not spoken to Keane since he arrived in Australia.

One report had Keane letting slip his interest at Sydney FC’s Asian Champions League home game against Shanghai Shenhua on Wednesday night and that he had been approached by Victory.

“I can tell you Roy Keane was at that match in Sydney for good reason, other than just a spectator,” a source said.

“He will be meeting the Melbourne Victory board for a possible role with them.”

The talk of Keane being linked with the Victory job was fuelled by cryptic tweets by his former Manchester United teammate Mark Bosnich, who posted on his account: “Roy Keane to Melbourne would b a gr8 coup for Melbourne Victory and the A-League. Watch this space!!!”.

Victory board member Ian McLeod may be a crucial link to Keane as both have been at Scottish giant Celtic, albeit at different times (McLeod as chief executive from 2001-03 and Keane as a player in 2005).

A big factor working against Victory would be the salary Keane would attract — believed to be as high as $1 million.

It is believed Victory had not been prepared to spend more than $400,000 on a coach as it follows a responsible spending program.

Coaching in A-League would certainly be a new frontier for Keane, who won seven English Premier League championships as a player, but found the managerial side of the game difficult to conquer after a brilliant debut season, winning the English Championship with Sunderland.

Keane struggled to make further impact at Sunderland, resigning during his third season.

He joined Ipswich Town in April 2009, but he was sacked in January after suffering seven losses in nine games, leaving the Tractor Boys languishing near the championship relegation zone.