David Warner on form for Twenty20 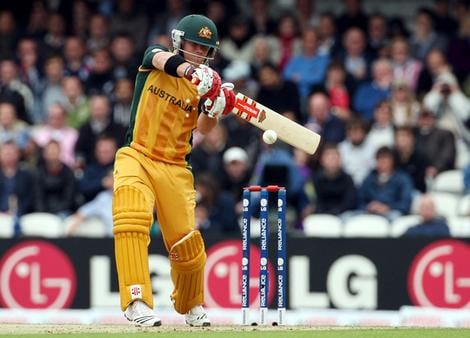 David Warner produced a record-breaking batting blitzkrieg as he blasted an unbeaten 135 off 69 balls to propel NSW into the semi-finals of the Champions League Twenty20 cricket tournament in Chennai, India.

Warner notched the highest individual score in the three-year history of the tournament and a personal best T20 score, smiting 11 fours and eight sixes against the defending champion Chennai Super Kings.

Warner also took two catches and was instrumental in a run out, as NSW clinched top spot in their group with a third successive victory following an opening match loss.

It was an especially tough night for Chennai paceman Doug Bollinger who went for 48 off three overs against the team he normally plays for back inAustralia.

‘Me and Shane had to do a job at the top there and we knew one of us had to stay there till the end, and fortunately enough tonight was my night.’ Warner said.

‘I’ve been practicing (switch hitting) for a fair while now in the nets,’ Warner said.

Australian Michael Hussey (37 off 27) got Chennai off to a rousing start before rather unluckily being adjudged LBW to a delivery from Stuart Clark (2-34 off 4), that appeared to be going over the stumps.

Warner effectively ended Chennai’s hopes by helping to execute dismissals off successive balls in the 14th over bowled by O’Keefe, as the local team crashed to 6-112.

Bollinger (17 off 11) struck three boundaries in his highest ever T20 score.

The Blues will play the second team from the other group in Chennai on Sunday.