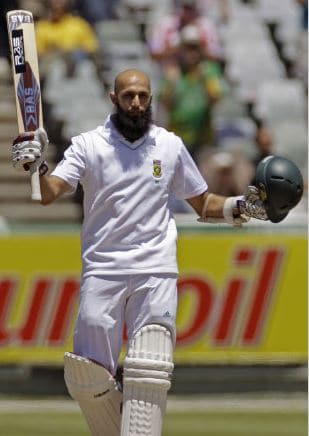 Graeme Smith and Hashim Amla both hit centuries to help guide South Africa to an eight-wicket win over Australia inside three days in the first Test. 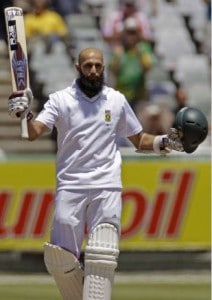 Set 236 to win after bowling Australia out for 47 on day two, captain Smith and Amla put on 195 for the second wicket to all-but wrap up the victory.

Amla was caught on 112 by Michael Clarke in the gully with South Africa needing just 14 more to win.

But Smith hit the winning runs as he ended on 101 not out.

It capped a remarkable turnaround for the home side who appeared to be facing a heavy defeat after being bowled out for just 96 in their first innings midway through the second day.

However, Australia, who had scored 284 in their opening knock, were bowled out for 47 in the evening session – narrowly avoiding the lowest Test score of 26 after Peter Siddle and Nathan Lyon put on 26 for the final wicket.

Smith and Amla, who had guided South Africa to 81-1 overnight, continued to dominate the Australian bowling on the third morning.

Amla played some particularly impressive drives and he brought up his 13th Test century with a flashing drive to the point boundary.

However, he carved a similar shot moments later, off the bowling of Mitchell Johnson, straight to Clarke at gully.

Jacques Kallis came to the crease and nudged a couple of runs before Smith brought up his century and tucked one off his legs to record the winning run.