Craig Bellamy is committed to the Storm 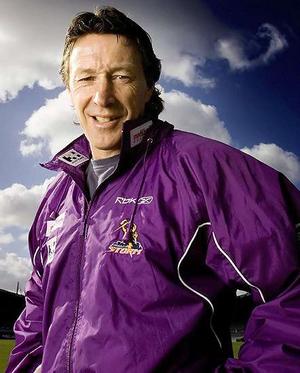 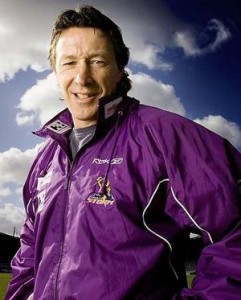 Melbourne Storm chief executive Ron Gauci says the club’s coach Craig Bellamy is committed and is wanted for the long-term despite rumours linking him to other jobs.

The coach’s commitment comes with Storm poised to announce a lucrative sponsorship deal with Crown as early as Friday helping to shore up the club’s off-field future.

Crown, which has avoided team sponsorship in the past, is expected to be named a joint major sponsor of the NRL Premiership club and have their logo splashed across the front of Storm’s jersey.

Bellamy, who has been at Storm since 2003 and is contracted to the end of 2012, was regarded as the glue that held the club together in last year’s salary cap drama.

But his name keeps bobbing up for any of the coaching vacancies that could open up as soon as next season.

Brisbane coach Ivan Henjak is under pressure for immediate results, South Sydney coach John Lang won’t continue next season and St George Illawarra’s Wayne Bennett is coming out of contract. Bellamy’s association with the Broncos, where he started his coaching career, also ensures a link to any opening there.

Souths owner Russell Crowe has made no secret of his desire to lure a big name to replace Lang.

But Gauci said Bellamy had given no indication he would not see out his deal.

“The relationship between Craig and myself has been open and honest and I’ve really appreciated that,” Gauci said.

“He has always told me if there has been a rumour about him or any approaches to him. And he remains very committed.

“When or if he is ready to have a discussion around an extension, we’ll have that.

“Craig has made a commitment and I take him at his word.”