Buford Balony’s “Rugby is better than Gay F L”, NRL round up 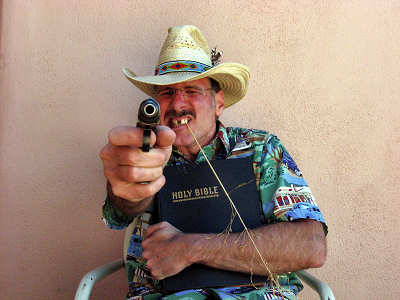 This sure is better than that woosy’s game, Gay F L…and I don’t mean our Agony Angel Woosy Balaska…she’s a lot tougher than all Gay F L players.

Even my boy Cleedus would smash most AFL players…hell…I’m sure he’s take on the whole of the West Coast Eagles without even breaking into a sweat! 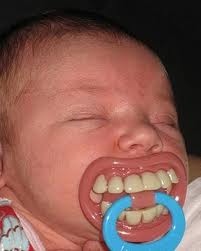 It’s time AFL got back to where it used to be. Even soccer is becoming dangerously close to being a tougher sport!

Anyway, this is what’s been going on in the NRL…the toughest of sports. 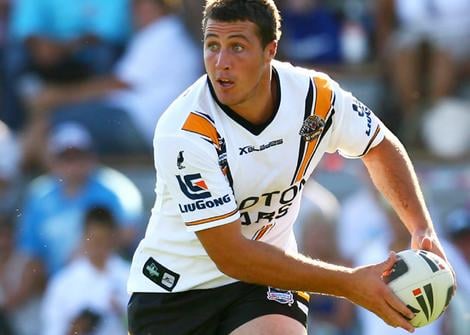 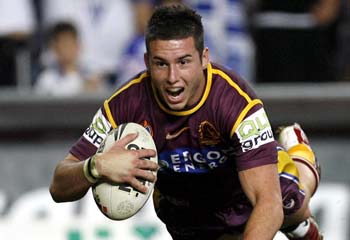 Both Gibbs and Fulton have a year to run on their current contracts, and their preliminary exits would free up cap space for the Tigers to not only maintain their cubs but also finalise a deal with Melbourne Storm superstar Adam Blair. Having endured a horror injury run over the past 18 months, Payten is also thinking about giving the game away a year early. Gibbs and Fulton’s agent is understood to have commenced talks with Cronulla, who have also held preliminary discussions with Ben Ross as they prepare for life after Snowden and Gold Coast Titans-bound Luke Douglas.

The Sharks also made a significant play for Woods, but Wests are close to re-signing the 20-year-old local junior. They’ve also taken up an option to extend Fifita’s contract for another 12 months.

Here’s the latest from around the clubs:

Snowden’s signature is a formality, with the prop desperate to return home. The newly capped Kangaroos prop has spent two weekends in Newcastle over the past month, the most recent coming after last Friday’s Test. The big surprise, however, is the secret negotiations to bring favourite sons Clint Newton and Danny Buderus back. Buderus’s return could complicate negotiations with current rake Isaac de Gois, who is weighing up a big offer to return to Cronulla.

Beau Champion is odds-on to follow Jamal Idris, Luke Douglas and Aidan Sezer to the holiday strip in 2012, along with Roosters star Nate Myles. The Titans are also on the look-out for a new hooker to replace Warriors-bound Nathan Friend. Expect Roosters utility Anthony Watts or Panthers rake Masada Iosefa to come into the reckoning.

Staring at a blank front-row for 2012, the Sharks are fishing for replacements in Gibbs, Ross and also Trent Waterhouse, who will finish his career at Penrith this season. Parramatta’s Justin Poore could also be a candidate, despite being contracted for another year at the Eels. Poore is a South Coast homebody who’d appreciate the shorter commute to Woolooware.

Officials are very quietly confident they can sneak under Manly’s guard and beat the Bulldogs for the signature of in-demand teen Will Hopoate. There’s also a push to bring David Williams — one of a host of Eels juniors playing elsewhere — home. After shelling out big bucks for Chris Sandow, coach Stephen Kearney wants further reinforcement at the scrumbase and Ben Roberts is firmly in the mix. Their cause will be helped by the retirement of Paul Whatuira last week.

Rocked by the loss of Sandow, Souths are now scrambling for a fresh halves combination as John Sutton prepares to revert to the back-row under Michael Maguire next year. Another student of Maguire, Brett Finch, has told friends he’ll only return to the NRL if he’s playing outside an established half, and out-of-favour Raiders Matt Orford is on very close terms with the former Wigan mentor.

The Rabbitohs are also believed to have made inquiries about James Maloney, but New Zealand will exercise an option to keep the playmaker in Auckland in lieu of Brett Seymour’s contract finishing this year. Souths have been savaged for re-signing Sutton, but the club kept him for a song under the salary cap after the long-service player discount was applied.

The feather duster is hovering over Anthony Minichiello, Mark Riddell and Phil Graham, along with Myles and Watts. Their departure would clear the decks for an 11th-hour bid for Blair, who is still to formally sign for Wests despite mail suggesting it’s a done deal. Veteran prop Jason Ryles has a one-year option that’s triggered by playing a certain amount of games, but don’t expect coach Brian Smith to become embroiled in another Kirk Reynoldson stand-off. He and Ryles are extremely close.