Buford lurves Australia, but when he arrives in Oz…he’s gonna kick Ricky’s ass 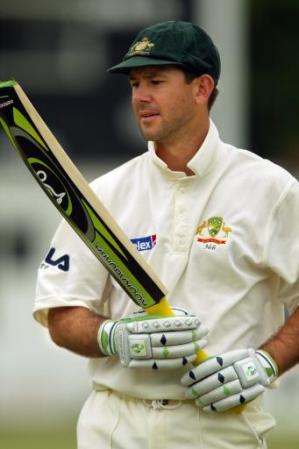 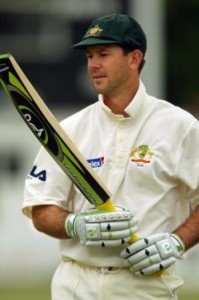 An ‘annoyed’ Ricky Ponting said having his appeal for a low catch turned down by the third umpire showed the technology was clearly not up to the required standard for an Ashes series.

Ponting said the incident on Monday’s fifth day’s play in the first Test at the Gabba was a blight on the game.

England opener Alastair Cook, who scored a record-breaking 235 not out, was on 209 when he scooped a catch to mid-wicket which Ponting accepted at ankle height.

Field umpires Aleem Dar of Pakistan and West Indian Billy Doctrove referred the decision to third umpire Tony Hill of New Zealand, who ruled it was not out because the video was unclear.

The game meandered to a draw with Australia 1-107 when stumps were pulled early and Ponting was still fuming at his post-match press conference.

‘I said to the umpires straight away that I was pretty sure that I caught the ball,’ Ponting said.

‘That’s about all I could do. As soon as they are referred (the decision) you pretty much know what the end result is going to be.

‘Six or seven years ago when I took over the captaincy I pleaded with every opposition captain around the world to take it out of … the third umpires’ hands.

‘Didn’t get much support from other captains with that.

‘I do get a little bit annoyed with it because I think it’s a blight on the game, trusting in technology that’s not good enough to show them.

‘I could have thrown the ball up straight away and nobody would have questioned it.’

Asked if he would try again to secure a captains’ agreement, Ponting said it was too late for the Ashes series with England’s Andrew Strauss.

‘It’s up to the umpires now, they’ve set that standard and they have to make it consistent all the way through,’ he said.

‘It just highlights the technology is not what you’re needed to be for Ashes Test matches.’

Ponting engaged in spirited debate with the umpires after the verdict was given.

‘I asked the question how it got to the not out decision,’ he said.

‘Quite a few of the boys ran to me and said you caught it. They (umpires) said it was not 100 per cent clear, they found it hard to give out.’

Tensions also flared in the ninth over of Australia’s second innings when fiery England quick James Anderson had a running battle with opener Shane Watson.

The pair traded barbs after the fifth delivery and Anderson walked across Watson’s path to collect his hat from Doctrove at the end of the over, prompting the umpire to caution Anderson as both captains joined in

Buford Balony says: I’m sick of Ricky crying & whingeing. The ball clearly hit the ground, technology got it right & caught you out as not playing fair. You’re the one not up to standard, not the technology.