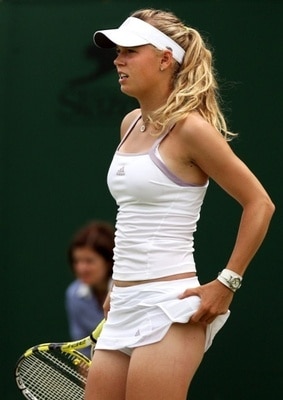 Grunting tennis players won’t be quietening down any time soon, according to Stacey Allaster, the chief executive of the Women’s Tennis Association.

World No.1 Caroline Wozniacki of Denmark last week hit out at rival players who grunt while playing, equating the practice to a form of cheating.

However the loud noises are part of hitting a tennis ball and will remain so, according the leader of the women’s tour.

“I thought we had got away from this,” Allaster responded, when asked if the WTA was doing anything about the aesthetically displeasing noises some spectators say they dislike. Grunting is part of our sport – full stop,” she emphasised. “Athletes hitting the ball as hard as they do, will do it. Women do it, and men do it, and they will continue to do it.”

Speaking on the final day of the association’s season-ending tournament, the WTA Championships, Allaster nevertheless admitted she was mindful of reactions from spectators who, according to the WTA’s statistics, are watching women’s tennis in increasing numbers.

The issue of grunting was included on the WTA board’s agenda for the first time when it met at the US Open New York in September, she said. It decided to look at “what it could and could not do.”

Allaster continued: “It is true that there is an increase in fan communication to me about some of the grunting. But I wonder if enhanced technology, digital sound, is part of the issue.

“No-one is doing it on purpose. It’s the way that they train,” she asserted, referring to the fact that players are encouraged by some coaches to exhale when striking the ball, usually as an aid to a greater impact.

However Allaster’s words contradicted what Wozniacki apparently said four days previously. “I think there are some players who do it on purpose,” she was reported as saying.

But Allaster pointed out: “I have not had one player come to me to complain about it. It’s not bothering the athletes. And we have a hindrance rule in place.”

This rule was famously invoked before the 1992 Wimbledon final when Monica Seles was asked to tone down her gasping and grunting, and lost quietly and one-sidedly to Steffi Graf.

Many people believe the inhibition caused by the request contributed to Seles’ poor result, and since then the hindrance rule has rarely if ever been invoked in a comparable context.

Allaster nevertheless concluded: “It’s what this generation does. But if this becomes a real issue, it may be that changes needs to happen in the next generation.”

Buford Balony says: I’d like to do some grunting with Wozniacki, let me tell you.