Brendan Fevola holds out for the national draft 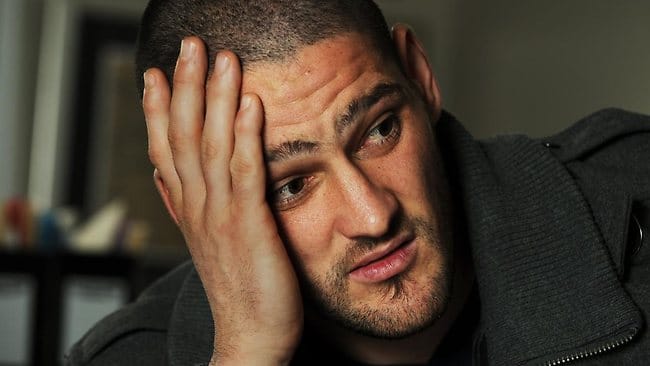 Brendan Fevola continues to search for a new home with the national draft nine days away after former club Casey told him there was no position available next year.

Fevola, who kicked nine goals for the Wanderers in the Northern Territory Football League at the weekend, continues to hold out hopes of being drafted.

But those hopes are fading with no AFL club having invited him to training.

New Casey Scorpions coach Brett Lovett said Fevola would not be at the VFL club despite a superb second half of the season.

The Demons were livid that Casey signed Fevola last year, denying their key forwards time to mature in the VFL.

SANFL club West Adelaide has also spoken to Fevola about playing but has told him he is not the “right fit”.

“I have been told Fev won’t be at Casey next year,” Lovett said.

“I was told in the interview process. He was one of a few senior players last year, but it will be a development push. It was a one-year deal to help Fev with his rehab and footy. But the club have said to me they are looking to develop younger players.”

Fevola’s management said during trade week there had been serious inquiries from a Victorian club, but it is not known what level that interest was on.

The former Carlton and Brisbane Lions spearhead is aware his hopes are dwindling, with Fevola also interested in becoming an American football punter in the NFL.

Fevola kicked 69 goals in the VFL last year despite limited supply, and has played two games in recent weeks in the NT league.

“No, he won’t be coming here. We had a chat to him. Brad Fisher is here, but Fev is not in our plans. He is probably not the right fit for us right now,” Turner said.

Fevola could still be picked up in March if a club kept open a rookie list spot for him, potentially allowing him to train over summer to prove himself.

“We’ll see what happens, it’s a long way to go until December and that’s when the last draft is,” he said recently.

“A month and a half away or two months, a lot of water to go under the bridge yet. Hopefully this is a good stepping stone.”