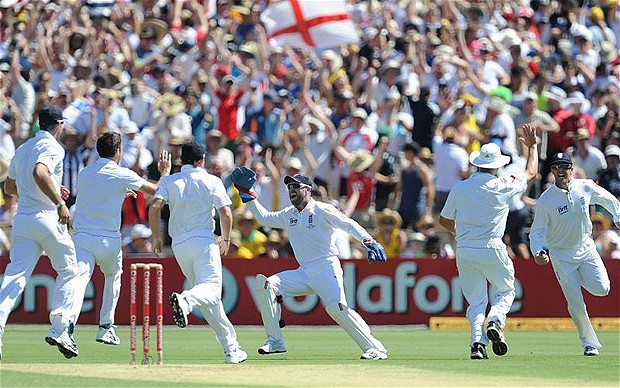 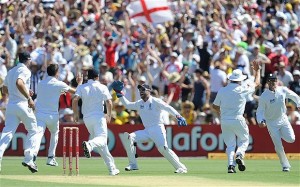 The British press have declared a “new Ashes order” is at hand, and spoken of the chaos in Australia‘s camp, after England‘s crushing victory at Adelaide Oval.

BBC cricket correspondent Jonathan Agnew was full of praise for England’s performance, describing it as one of “the greatest victories I have seen overseas”.

However, most of Agnew’s piece was devoted to Australia, whom he said were were in “complete disarray”.

“It seems they have no long-term plans, judging by their depleted reserves of talent, and the Australian media want answers.

“This saga will run and run.”

Agnew also dismissed the threat of Phil Hughes’s impending selection for the third Test, and laughed off suggestions that Shane Warne was on the verge of a comeback.

“(Hughes) is a high-risk player at the top of the innings and England won’t to be scared of him because they have successfully devised plans to get him out,” he wrote.

“Warne is not going to be playing in this series. Those who want him in the team need to face up to reality.”

Guardian columnist Vic Marks foresaw a bleak future for Australia, declaring “any side who concede 1137 runs while taking six wickets have fundamental problems”.

Mike Selvey preferred to focus on England’s performance, which he said “bordered on flawless”.

“Without equivocation, this was the most complete performance by an England team in the memory of those who witnessed it,” Selvey wrote.

“From first over to last, they dominated proceedings, first with ball and in the field, and then with bat.”

Lawrence Booth focused on the changing of the guard in Ashes cricket, and talked of the “new Ashes order”.

“The boot is on the other throat now, and you won’t find too much sympathy from the English,” Booth wrote.

“The Adelaide Test – a defiant response to the trauma here four years ago – showcased the new Ashes order to perfection.

“The disparity has caught even the more optimistic Englishmen by surprise. Only three Australians – Hussey, Haddin and Shane Watson – have held their end up.

“England have not a single player out of form, and were even able to take Stuart Broad’s series-ending injury in their stride: after all, Chris Tremlett, the man expected to take his place in Perth, would stroll into this Australia team.”

Steve James was amazed by the speed of Australia’s collapse on day five, claiming they “folded like a pack of cards”.

“To say Australia have problems is a huge understatement. Simon Katich looks like being out for the whole series … Doherty cannot remain, nor possibly can North, Harris and Doug Bollinger. What a mess.

He also forecast a comfortable series win for the tourists.

“I wouldn’t play any of this (England) team against Victoria in Melbourne this week. Rest the lot of them. They deserve it.

“England are 1-0 up; Australia need to win two from three to reclaim the Ashes. Can’t see it, can you?” 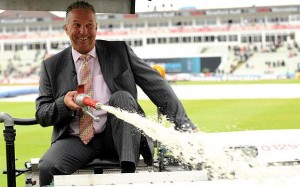 Former England captain Sir Ian Botham wrote of his surprise at the gulf between the two sides.

“I might have to start adjusting my Ashes predictions,” he wrote.

“I thought England would win by two clear Tests, but if all the batsmen are in this kind of form with bowlers who are clearly on top of their game, how on earth are Australia going to stop them?”

Beefy’s famous British bravado, which almost spilled over in the Adelaide Oval car park on Monday, was also obvious in his column.

“(Australia’s) mistakes in the field speak volumes for where they are as a team right now and regardless of the huffing and puffing they are doing it is not blowing any English doors down.

“But as I’ve said throughout, I’m not too interested in what the Aussies are up to, that is their problem to worry about. Right now it is all about England and the juggernaut that keeps rolling on.”

Buford Balony says: Let them be cocky because we will smash them in Perth…I hope.