Giants decide not to take Didak 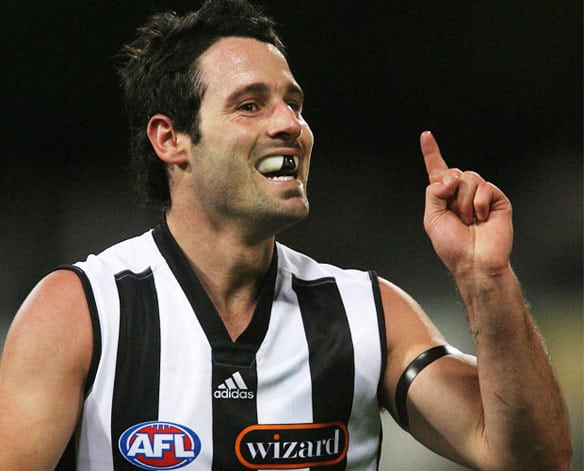 Alan Didak’s AFL career appears to be over after Greater Western Sydney decided not to offer the 30-year-old forward a contract for next season.

Didak spent 13 seasons with Collingwood before being delisted at the end of the 2013 campaign; all the latest AFL betting tips pointed to a spell at GWS for Didak.

However, Greater Western Sydney Giants have issued a brief statement that read: “Following media speculation, we can confirm we will not be taking Alan Didak as a delisted free agent or in the preseason draft.”

The Giants are keen to add some more experience to their young squad but have recently been rebuffed by two players.

Former Geelong Cats defender, Matthew Scarlett, was offered the chance to come out of retirement to play and assist in coaching the Giants but turned down the opportunity.

Scarlett has been playing in the Geelong league with South Barwon since leaving Geelong at the end of 2012.

Another former Cats star, Joel Corey, also thought about joining the Giants in a playing/coaching role but decided instead to join the Western Bulldogs.

Didak is a former All-Australian and best and fairest at the Magpies. He represented Collingwood 218 times during his career, appearing in five grand finals.

However, he made only five appearances in the 2013 season after falling out with coach Nathan Buckley, who is keen to improve AFL results at the club, after releasing several senior players.

As well as Didak, Darren Jolly, Andrew Krakouer and Jordan Russell were also told they would not be offered a contract for 2014, as were rookies Ben Richmond and Michael Hartley.

Collingwood’s 2013 season came to an end when they were beaten by Port Adelaide in the elimination final.