My boobs saved my life 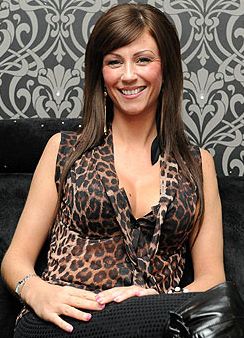 A flat-chested woman cheated death in a horror car smash — thanks to her ‘chicken fillet’ bra pads. 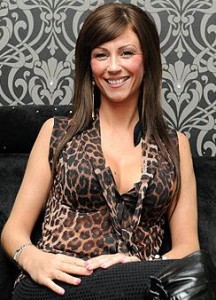 Lisa Somerville was driving home in heavy rain when she lost control of her car and careered head-on into another vehicle.

The 28-year-old had to be cut from the car by firefighters and was rushed to hospital with a punctured lung, four cracked ribs and a broken nose.

Doctors later told the mum-of-one how she would almost certainly have died had she not been wearing the silicone implants to boost her AAA bust.

They acted like airbags to cushion the impact on her chest.

Lisa said: “I suffered a punctured lung and cracked ribs but thanks to my chicken fillets I was still alive.

“I was told that otherwise my ribs would certainly have pierced my heart.”

And even more luckily for Lisa, of Kirkintilloch, near Glasgow, Scotland, she was “doubling up” on the night of the crash — wearing two implants on both sides.

She revealed: “I was driving home from work, stupidly not wearing my seat-belt, when I lost control of my car and crashed on a slippery wet road.

“I was in a bad way – but I was still breathing. As doctors peeled back my clothes to get a better look at the damage, they noticed the skewered chicken fillets inside my bra. 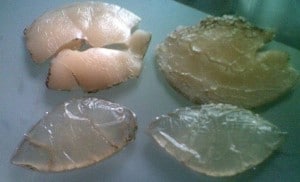 “I was ‘doubling up’ – wearing four altogether – so that was what gave me the extra protection that saved my life.”

Receptionist Lisa had hated having to wear the fillets, which she had used since she was a teen, and longed for bigger boobs.

But she said: “I couldn’t believe my luck, or the irony that something I’d hated for so long had saved my life.

“That night, for the first time in my life, I was grateful for them.”

After recovering from the crash, Lisa finally decided to go under the knife and have a 30E breast enhancement.

She said: “I’m ten times more confident and happier than I’ve ever been, I’m even giving my new boobs a birthday celebration to mark their anniversary I love them so much.

“But I’ll always be thankful to the chicken fillets that saved my life.”