Your cock size is the ratio between your fingers 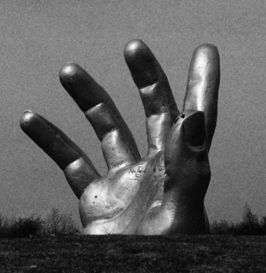 Korean scientists say the ratio between the second and fourth fingers is linked to stretched penile length.

The scientists descended on 144 Korean men aged 20 or older who were in hospital for urological surgery and who signed away their right to dignity.

The hand in question was the right one and the fingers were the second and fourth…otherwise known as index and ring.

The subjects were anaesthetised, which is important, because their tockleys needed to be torpid so the scientists could stretch them.

To make sure there was no preconceived notions, one measurer was designated the fingers and another got the goolies.

Men who were admitted with conditions that affect their penis size…such as hypospadia or urethral stricture…were excluded.

Now, before you start checking out your own fingers, or anyone’s around you, you need a “digital Vernier calliper” accurate to 0.01mm just to be sure.

You measure the ventral surface of the fingers, from the crease at the palm to the tip.

The scientists discovered that while each man’s height, ring finger length and digit ratio were all associated with the size of his penis, the digit ratio was the sole “significant predictive factor” for stretched penile length.

Reporting their findings in the Asian Journal of Andrology, the scientists said the results “did show that stretched penile length correlated with digit ratio, as men with a lower digit ratio tended to have a longer penile length”.

So the closer in length your two fingers are, the more “jumbo heat” you’re packing, as Jon Stewart would say.

Why knowing this is important is anyone’s guess, however, the team says the findings link the phenomenon to another study that links height with prenatal androgen exposure.

Higher exposure to prenatal androgens such as testosterone generally result in taller people.

Now we know it is also “responsible for both the lower digit ratio and the longer penile length”.

That “prenatal” caveat also means it can’t be applied retrospectively, so for now, you’ll have to stick to Swedish pumps and suspended weights.

The best you can hope for is a good outcome for your son in gestation.

The study found that foetal androgen levels in male embryos are elevated between 8 and 24 weeks of gestation, peaking between 14 and 16 weeks.

There is a serious side to all this, as well.

According to the team, digit ratio “has been correlated with a number of aspects of reproductive biology and sexual behaviour over the past decade, including a link with the risk of developing prostate cancer”.

And there are also critics of the study.

Some say it’s not fair because the analgesic properties of anaesthesia means the penises could be stretched beyond reasonable lengths.

Others say it’s not valid because the test subjects were solely Korean.