Would you like your cholesterol pill with a milkshake?

Fast food restaurants could hand out free cholesterol-busting statin drugs with their burgers and fries so customers can offset the heart disease risks caused by the food, British researchers say. 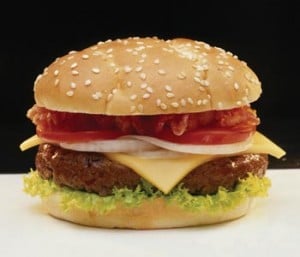 Statins lower the amount of unhealthy “LDL” cholesterol in the blood, and a raft of data has shown they are highly effective in fighting the risk of a heart attack.

Scientists at Imperial College London said this week that taking a statin pill could offset the increased risk to the heart caused by the fat in a medium-sized cheeseburger and a small milkshake.

Dr Darrel Francis, from the National Heart and Lung Institute at Imperial College London, said: “Statins don’t cut out all of the unhealthy effects of burgers and fries. It’s better to avoid fatty food altogether.” 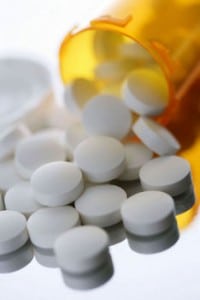 “But we’ve worked out that in terms of your likelihood of having a heart attack, taking a statin can reduce your risk to more or less the same degree as a fast food meal increases it.”

The researchers argued the proposal was no different to asking people to wear seatbelts because of the increased risks to health when driving a car.

But health professionals gave the proposal a sceptical reception.

Peter Weissberg, medical director at the British Heart Foundation, said: “The suggestion that the harmful effects of a junk food meal might be erased by taking a cholesterol-lowering statin tablet should not be taken literally.

“A junk food diet has a wealth of unhealthy consequences beyond raising cholesterol.”

The included raising blood pressure through consuming excessive salt, or obesity, he said.

“Statins are a vital medicine for people with – or at high risk of developing – heart disease. They are not a magic bullet.”