Wotchit Wills, Prince Harry’s got his eyes on your missus 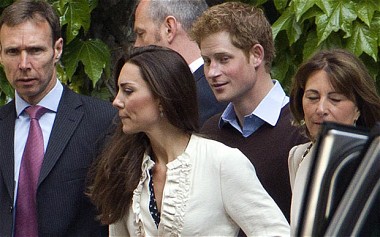 Kate Middleton arrived at Westminster Abbey today where she was cheered by crowds of wellwishers just 24 hours before she marries Prince William.

She was joined by best man Prince Harry, as well as the bridesmaids and pageboys and members of her family for one final rehearsal of the big day which will be watched by two billion people round the globe.

The last run-through was taking place as it was revealed Miss Middleton will not promise to ‘obey’ Prince William in her vows.

Thousands of royal fans had set up tents outside the Abbey where there was a carnival atmosphere.

As Kate arrived this morning a huge cheer went up from the royal fans who had arriving from round the globe.

Waving their Union flags, the crowds were up only to wave to the passing Household Cavalry this morning before the bride-to-be 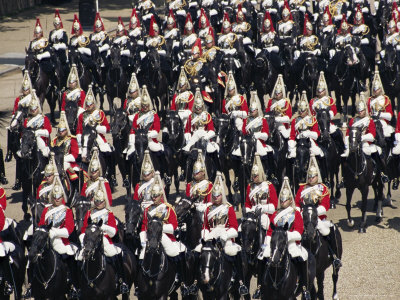 arrived for a last run through.

It is the last time Miss Middleton or a member of the Royal Family will be at the abbey before the service gets under way tomorrow, St James’s Palace said.

Today the journalist who carried out the couple’s engagement interview said they were attempting to ‘block out the terror of having two billion people’ watching them in a few hours time.

In a personal message to wellwishers, the couple said they were ‘incredibly moved’ by the affection shown to them since their engagement in the official wedding programme.

Tomorrow modern-thinking Miss Middleton will pledge to ‘love, comfort, honour and keep’ William. The vows are printed in full below.

The soon-to-be royal is following in the footsteps of the Prince’s mother Diana who also opted not to ‘obey’ the Prince of Wales during their wedding ceremony in 1981.

The Queen, Princess Margaret and the Princess Royal all said they would obey their husbands.

William and his fiancee have selected the Series One Book of Common Prayer ceremony, from 1966, which allows the bride to drop ‘obey him’ and ‘serve him’ from the religious proceedings.

With William choosing not to wear a wedding ring, only the prince will say ‘With this ring I thee wed’ as he places the golden band on Kate’s finger.

The task of writing a message at the start of the official programme usually falls to the Archbishop of Canterbury. 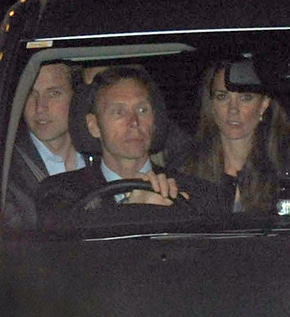 The wrote that they were deeply touched by people’s reactions as they prepare for ‘one of the happiest days of our lives’, they said.

A St James’s Palace spokesman said, ‘The couple felt that they wanted to put in a message from themselves.’

The signatures ‘William’ and ‘Catherine’ can be seen underneath the heartfelt message.

The programme also contains a hand-drawn colour map of the carriage procession route, as well as the history of the abbey and details of William and Kate’s coats of arms.

It includes a brief history of past royal weddings at the abbey, where William the Conqueror was crowned in 1066.

It declared ‘More than a millennium after the first William made his solemn oath, the abbey hosts another William and his bride for a further moment of great solemnity, but one of great joy as well.’

Some 150,000 copies of the A5 booklet, costing £2 each, will be made available along the processional route on the wedding day by a team of military cadets and Explorer Scouts.

The Archbishop of Canterbury Dr Rowan Williams will conduct the vows, before pronouncing the couple ‘man and wife’.

The vows were released as it was revealed that tomorrow’s traditional wedding service will be the epitome of ‘Britishness’.

A message from the royal couple in the souvenir programme says, ‘We are both so delighted that you are able to join us in celebrating what we hope will be one of the happiest days of our lives. 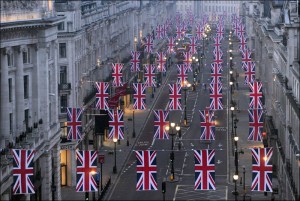 ‘The affection shown to us by so many people during our engagement has been incredibly moving, and has touched us both deeply.

‘We would like to take this opportunity to thank everyone most sincerely for their kindness.’ 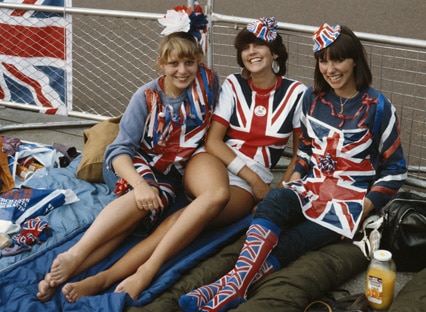 The keepsake souvenir, which includes the full Order of Service for the marriage ceremony tomorrow, also features a new black and white portrait of the couple by the celebrated fashion photographer Mario Testino.

In a close-up shot, both the Prince and Miss Middleton are wearing matching open-necked white shirts and are smiling broadly, with Kate leaning towards William.

From the popular hymn Jerusalem to the quintessential English melody Greensleeves, the couple have embraced the nation’s musical heritage in their choice of choral pieces and compositions.

St James’ Palace said many of the ‘stunning’ pieces were picked by the bride and groom for their ‘theatre’.

William’s father the Prince of Wales and stepmother the Duchess of Cornwall and Kate’s parents Carole and Michael Middleton and sister Pippa will all act as witnesses and sign the historic marriage registers during the ceremony on Friday.

The newlyweds will leave the Abbey to the sounds of the well-known rousing orchestral march Crown Imperial by William Walton, which was also played at Charles and Diana’s wedding.

The three hymns, ‘Guide me, O thou great Redeemer’, ‘Love divine, all loves excelling’ and Jerusalem which begins ‘And did those feet in ancient time’, are all favourites of the couple.

The traditional souvenir programme is available to download from today at www.officialroyalwedding2011.org.