Westboro Baptist Church proclaims, “Ryan Dunn is in hell”, as his body is laid to rest. 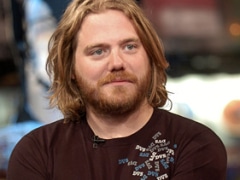 A private memorial service was held yesterday for Jackass star Ryan Dunn, who was killed in a high speed car crash last week.

Jackass frontman Johnny Knoxville led the mourners as a private ceremony was held at a funeral home in West Chester in Philadelphia . Dunn’s best friend and fellow Jackass star Bam Margera was in attendance with his wife Melissa Rothstein and parents April and Phil, who were also close to Dunn.

The memorial took place on a painful day for the 34 year old stuntman’s loved ones after toxicology reports confirmed that he was more than twice over the drink-drive limit when he crashed, killing himself and passenger Zachery Hartwell.

It has emerged that Dunn had notched up 23 driving convictions, including ten for speeding, but if you own a Porsche 911, you’re going to want to drive fast.

In a statement which will no doubt cause fresh anguish, Westboro Baptist Church proclaimed, “Ryan Dunn is in hell,” adding, “WBC will picket any public memorial/funeral held for Dunn, warning all not to make a mock of sin, and to fear and obey God.”

Don’t these clearly very deluded people have any respect. Everyone who believes in any kind of religious rubbish are all deluded. From Christians, Muslims, Jews, etc.…all off their rockers. Did you know there is also a Jedi-ism religion, after the Star Wars films? I rest my case.

If any man woman or child thinks that some holy ‘thing’ created the earth and mankind, they need their heads examined.

An example of the WBC was when they planned to picket Elizabeth Edwards funeral in North Carolina. In 1996 she also died in a car crash:

“This witch spent her life in defianceand disobedience to God, and blasphemed Him with her dying breath,” the statement reads. “She received multiple warnings and opportunties to repent. … Her pride and arrogance is breath-taking”. 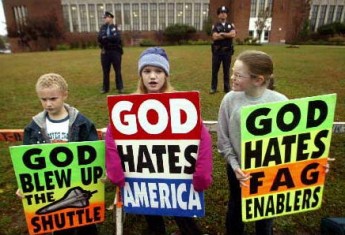 The Westboro Baptist Church need blowing up. If their was a God, I don’t think he’d be too pleased with those comments from the WBC…who the fuck do these people think they are?