Is it possible for an Australian to turn into a Pom? 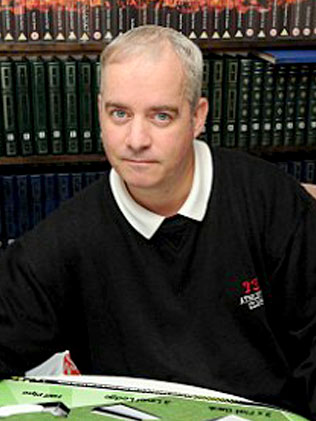 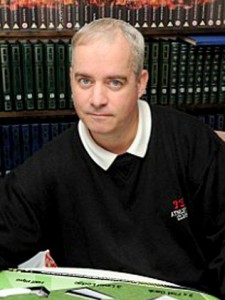 We come from a land where we are renowned for our laid-back attitude.

And, losing the Ashes has given the Poms an excuse to give us some stick…but it’s no more than we’ve been doing to them since year dot.

But it seems Geoff Stephens, who lives and works in Britain, doesn’t take after his fellow Australians, because a bit of teasing about his nationality has led to a race row.

The council worker is suing bosses after accusing colleagues of making racist comments, including constantly greeting him with ‘G’day, sport’.

Mr Stephens, 48, is a community warden who has lived in Britain for 26 years.

He said he was on a ‘cocktail of anti-depressants’ because of the constant abuse which he claims will ‘eventually kill him’.

He added that he asked fellow wardens to stop making Australian jokes, but they continued.

They regularly greet him by saying ‘G’day, sport’ and ‘Is your girlfriend called Sheila?’.

Other phrases include ‘throw another shrimp on the barbie’ and jokes about kangaroos.

This is so unimaginative from the Poms. They’ve been saying the same old shit for years, so I can understand that it might become a bit boring.

Mr Stephens has worked as a warden in Dymchurch, Kent, for six years.

He is part of a team of council-employed workers who help combat anti-social behaviour.

The former immigration officer, who used to work at the Port of Dover, has helped set up youth clubs in the area and is popular with locals.

He has been off sick since August with depression and is attending counselling sessions.

He said the comments were ‘race-inspired’, adding, ‘I’m now on a cocktail of medication.

‘I’ve only been able to sleep for three hours a night since August, and the physical and mental exhaustion will eventually kill me.

‘I feel like my life has been ripped apart. I loved my job with a passion and I did a lot of good work in Dymchurch.’

He added, ‘I built up a good rapport with the local youths, but the village will now suffer from not having a regular community warden in place.

‘I read about the growing anti-social problems, and I believe it’s got worse since I left my job.’

He said he planned to sue Kent County Council and has written to council leader Paul Carter outlining his case.

He added, ‘The people of Dymchurch have been left in the dark as to why I left. I plan to take the council to a tribunal.’

One resident, who did not want to be named, said, ‘Geoff is a great warden.

‘He’s got an Australian accent and people rib him about it, but nobody knew quite how much it was affecting him.’

A spokesman for Kent County Council said, ‘This is a personnel issue and we are not allowed to comment.’

Mr Stephens, who is originally from Adelaide, lives in Folkestone, Kent, with wife Christine and has a young family.

He is also a governor at Dymchurch Primary School and writes a column for the Dymchurch parish magazine.