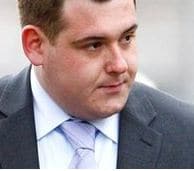 A man who posted sexual images of his former girlfriend online as he stalked her via social networking sites has been jailed for four months.

Shane Webber, 23, from Nottingham, UK, sent photographs and personal details about Ruth Jeffery, 22, to her family and strangers.

Webber admitted one count of harassment at a hearing at Southampton Magistrates’ Court.

Miss Jeffery said she was devastated by Webber’s actions.

She said: “I am extremely pleased with the outcome. The maximum sentence in a magistrates’ court will never make up for the hurt he had put me through but I am pleased I can now put it behind me.

“I was absolutely devastated when I found out it was him. I could not believe it was Shane. I did not want to believe it.”

Miss Jeffery said she had been “intentionally controlled, belittled and harmed” by Webber, and that his behaviour was “cruel and calculated”.

The court heard Webber also tried to implicate one of his friends, Lee Evans, by putting the posts in an email address bearing Mr Evans’s name, leading to his arrest.

He also imposed a five-year restraining order on Webber prohibiting him from contacting Miss Jeffery or posting images of her online.