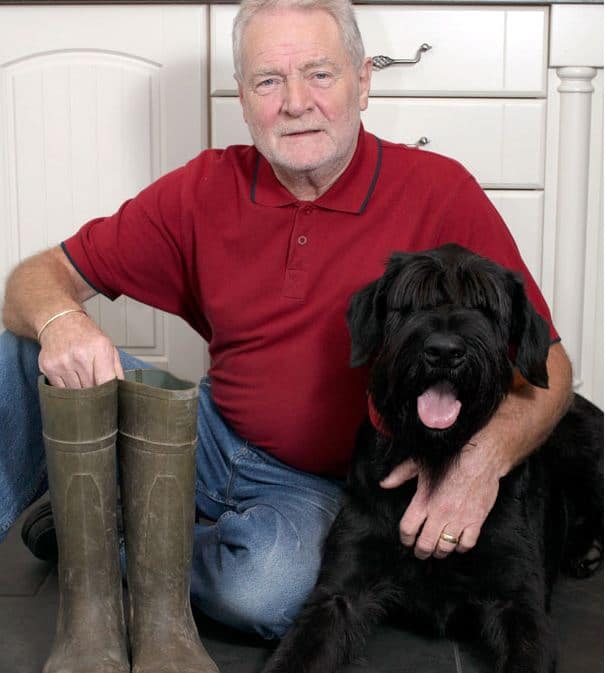 A man struck by lightning was dragged home to his wife by his faithful dog. 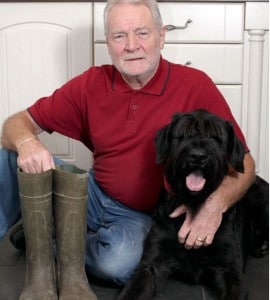 Ian Thomas, 64, was walking his giant schnauzer Monty when he was hit by the bolt.

He was knocked unconscious by the huge electrical charge and doctors said his life was only saved because he was wearing gumboots.

Ian only came round when five-year-old Monty started whimpering and licking his face.

He staggered up but collapsed and wrapped his arms around his devoted 8st pet before the dog dragged him 100 yards home.

Ian, whose wife Sharen, 42, rushed him to hospital, said: “I was carrying a metal dog bowl when I heard what seemed like an explosion in my head and I heard the dog scream.

“He makes that noise when he rubs his nose on electrical fences so I think he may have been hit too. I saw my legs shoot out in front of me and I was thrown into the air.

“Some time later I came to my senses and found myself curled up in a ball on the ground with my fists clenched underneath me.

“I knew I wasn’t dead because I could feel excruciating pain. I just trusted my instincts, reached out and grabbed hold of Monty and he dragged me home.”

Doctors said his rubber-soled boots prevented the charge going straight through his body and killing him when he was struck.

Ian, civic leader of Redruth in Cornwall, UK, suffered burns to his head and hip but was discharged from hospital four days later and has since made a full recovery.