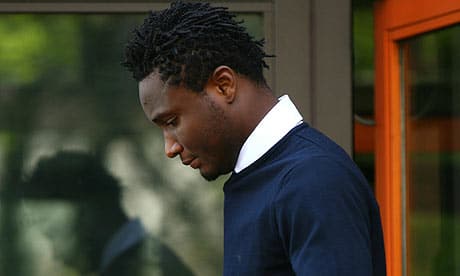 Chelsea midfielder John Obi Mikel has pleaded for his father’s safe return, after he was kidnapped in Nigeria over the weekend.

Mikel’s father, Michael Obi, was kidnapped on Friday in the central Nigerian city of Jos.

No ransom demand had been received so far, and Mikel went on television in England to speak about the drama.

“He’s just an old man, he hasn’t done any harm to anyone as far as I know and I don’t know why he has been taken.”

The powerful midfielder, 24, was informed of his father’s disappearance before Sunday’s Barclays Premier League opener against Stoke, but played the full 90 minutes.

“He was under a lot of stress, but he showed a lot of character and mental strength to play against Stoke,” Mikel’s manager John Shittu said.

Michael Obi runs a transport company in Nigeria, and he failed to return home Friday evening. With no contact made and no ransom demand yet received, Mikel is seeking information and help from anyone who can provide it.

“Nigeria is the country I am from, I’ve always tried to help my country in any way I can, playing for my country or anything,” he said.

“This is a time where I need the country to help me. Whoever has got my dad, whoever knows where my dad is, please contact me and hopefully he can be released.”

Mikel played against Stoke after being informed after training on Saturday. Salomon Kalou was the only team-mate who knew of the news.

“I was actually in having a massage when the manager sent for me,” Mikel said. “I went to his office, he said, ‘There is a situation, your dad is missing’. I didn’t know about it, obviously. My family didn’t want to tell me until after the game.”

After speaking with his family, he told Villas-Boas he still wanted to play.

“Villas-Boas asked me what I wanted to do, did I still want to go to the game. I told him I needed a couple of hours to speak to my family and my agent.

“I told him I would like to play the game because I wouldn’t want to let my team down, let the club down and obviously let my family down. I think if I didn’t play that game, my mum would be very sad with me. I spoke to my mum before the game and she told me to go out there and be strong.

“I don’t think my team-mates really know about it at the moment,” he added.

“I told Didier Drogba about it today and before the game I told Kalou because he is a very good friend. But I didn’t want everyone coming to me saying, ‘I’m sorry, I’m sorry’. I just wanted to get on with it.”