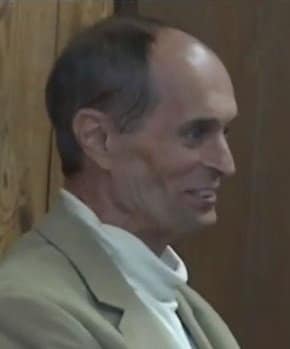 Now that’s what you call an expensive bar tab.

A caretaker employed to safeguard $100,000 worth of vintage whiskey is being prosecuted after apparently deciding to drink it all instead.

John Saunders, 62, is to stand trial accused of downing more than 50 bottles of the expensive booze over a 12-month period.

He was entrusted to protect the 100-year-old precious cargo while living as a tenant at a historic Pittsburgh inn, a preliminary hearing heard last week.

Owner Patricia Hill found the liquor, hidden during prohibition, when she bought the historic manor.

However she made a shock discovery in March when she found all the bottles had been emptied.

After a seven-month police investigation, the landlord brought charges against her former tenant whose DNA was found all over the bottles.

‘There were four cases, 52 bottles, manufactured by an old distillery here in the Township that went out of business many years ago,’ explained police chief Barry Pritts.

‘Somebody hid it under a flight of stairs and enclosed the staircase, and the estate went through several families.

‘The lady that owns it now was doing a remodeling project and the people who were doing the work found them.’

Saunders, who denies drinking the alcohol, said that the ‘whiskey probably evaporated and being that old, it was probably no good’.

Ms Hill had been planning to donate the bottles to a museum.