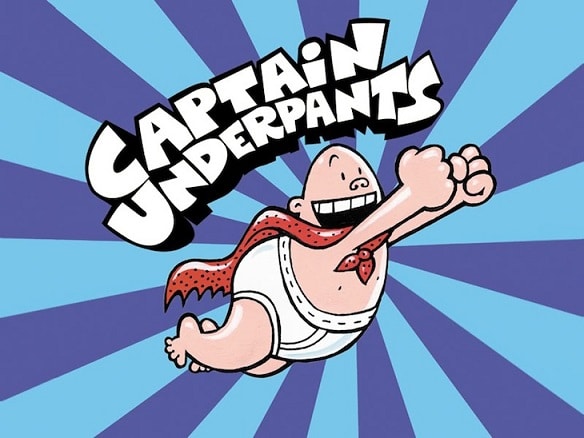 Subversive toilet humour proved more offensive to Americans than bondage and eroticism last year, according to a list of most challenged books in U.S. libraries that saw complaints about “Captain Underpants” outweigh those for “Fifty Shades of Grey.”

The American Library Association (ALA) said Dav Pilkey’s “Captain Underpants” series for children, that features characters like Professor Poopypants and Wedgie Woman, came top of its 2012 list of books that Americans asked to be removed from libraries because of content they considered inappropriate.

The “Captain Underpants” series of 10 books has appeared on the annual list three times since 2002, but has never previously reached the No.1 spot, the ALA said.

The ALA said that its office for intellectual freedom received a total of 464 reports in 2012 on attempts to remove books from public and school libraries or school curricula. That was an increase from the 326 such attempts recorded in 2011.

The ALA defines such “challenges” as formal written complaints to a library or school requesting that a book or other material be restricted or removed.

Other books making the list included “And Tango Makes Three,” a children’s tale about two male penguins who adopt an egg together, and Khaled Hosseini’s Afghanistan-based best-seller “The Kite Runner.”

2) “The Absolutely True Diary of a Part-Time Indian,” by Sherman Alexie

3) “Thirteen Reasons Why,” by Jay Asher

5) “And Tango Makes Three,” by Peter Parnell and Justin Richardson

6) “The Kite Runner,” by Khaled Hosseini

7) “Looking for Alaska,” by John Green

9) “The Glass Castle,” by Jeanette Walls