Billy Crystal to host the Oscars 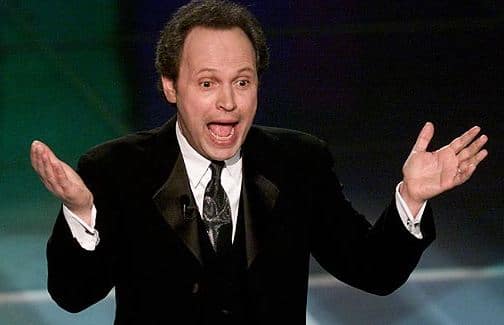 The comic actor, 63, will host the glittering ceremony for the ninth time after orginal choice Eddie Murphy resigned. 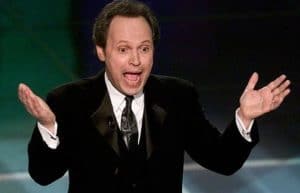 And he joked that the star-studded gig would help him raise his profile.

He tweeted: “Am doing the Oscars so the young woman in the pharmacy will stop asking my name when I pick up my prescriptions. Looking forward to the show.”

It will be the Analyse This star’s first hosting gig since 2004.

Academy president Tom Sherak said: “I’m thrilled to welcome Billy back to the Oscar stage. He’s a comic legend and Oscar icon, and it feels good to have him back where he belongs.”

Comedian Eddie stepped down following the departure of producer Brett Ratner, who quit after using homophobic language in an interview about the show.

Brian Grazer has since stepped into his shoes, and will produce the awards ceremony with Don Mischer.

He welcomed the return of Billy, saying: “Like so many others, I’ve been eager to see Billy host again. It’s very gratifying that he agreed to do it with Don and me at the helm.”

Earlier this year, Billy said his cameo appearance at last year’s Academy Awards, hosted by Ann Hathaway and James Franco, had left him feeling “itchy” and that he would consider another go at hosting.

He said: “It’s always fun. It’s really hard, but maybe one or two more times? I don’t know. They know where I am.”

Although this will be his ninth Oscars, Billy has yet to beat the record for most frequent frontman.