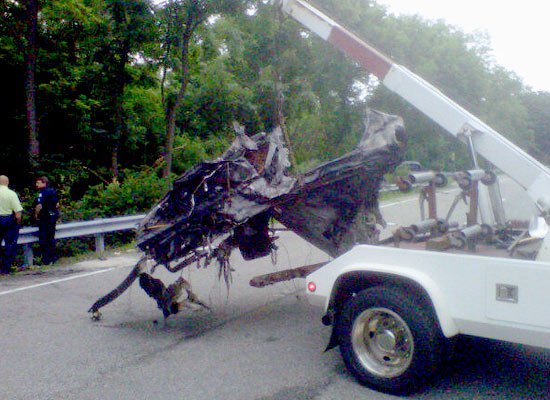 Ryan Dunn’s Jackass co-star Bam Margera broke down into floods of tears as he visited the spot where his best friend lost his life in a horror 180 kph car smash.

An inconsolable Bam spoke to a local news station and was so distraught he could barely put his loss into words.

‘It was the worst phone call I ever got in my life waking up to that,” the 31 year old wept.

Magera, who was in Arizona at the time of the crash, visited the crash scene in Philadelphia on Tuesday evening. He was visibly overcome with emotion, rocking back and forth in agony at the guard-rail that the car crashed through.

“I’ve never lost anybody that I cared about. It’s my best friend,” he told local TV station WTXF.

“He was the happiest person ever, the smartest guy. He had so much talent, and he had so many things going for him. This is not right, not right.”

When asked how he’d get through this ordeal, Bam replied, “I can’t…I can’t.” 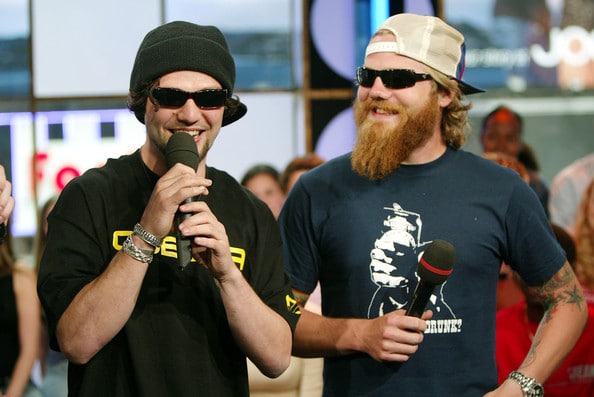 Dunn’s brother, Eric Dunn, said in an emailed statement that his family was ‘devastated’.

“We appreciate the support of Ryan’s fans during this time, and we are grateful for your thoughts and prayers,” he said.

“Ryan will be greatly missed, but he will forever remain in our hearts.”

The moving interview with Bam was aired as details emerged about the horrific nature of Dunn’s fatal car crash.

Police say the 34 year-old was travelling at around 180kph in a 80kph zone when his Porsche 911 flew off the road at around 2:30am on Monday morning in Pennsylvania, instantly killing him and his passenger, Zachery Hartwell. 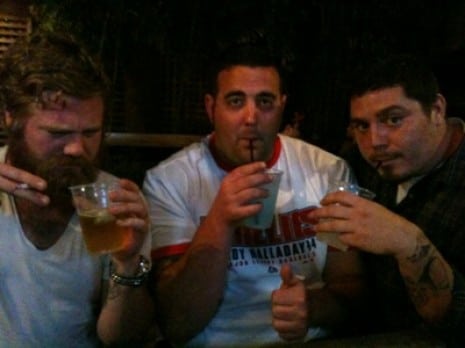 West Goshen Police Chief Michael Carroll, who was involved in the accident reconstruction, described it as the worst crash he had ever seen.

Mr Carroll said that the Porsche…which can hit speeds of up to 300kph…was going at a very high speed when it collided with a guardrail, before landing in the woods and catching fire.

He added, “I’ve never seen a car destroyed in an automobile accident the way this car was, even before it caught on fire.”

“The automobile actually came apart. It was unbelievable and I’ve been on a lot of fatal accident scenes. This is by far the worst I’ve seen.”

A picture has emerged showing Dunn in high spirits whilst he partied at a bar shortly before he crashed. He was there with friends, including Hartwell, and both were reported to be drinking.

Chester County Coroner released the autopsy results for both men, which reveal that the crash was so violent that it’s impossible to determine if they died from the impact itself of from the fire that resulted.

The cause of death for both men was stated as blunt force trauma and thermal trauma.

Officials say the toxicology results for both men, which would determine the role alcohol played in the crash, will be released in four to six weeks.

Sine the accident, some may have suggested that Dunn may have been over the alcohol limit at the time of the accident.

Bam’s mum, April Margera, says he was not the type of person to get behind the wheel while drunk. 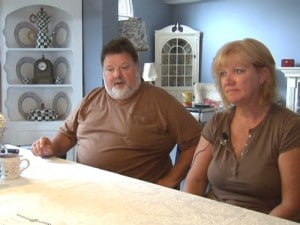 The passenger in the fatal crash, Zachery Hartwell, 30, along with Ryan had been drinking with a third unidentified man.

While Zachery was not a member of the Jackass crew, he is listed as a production assistant on the second Jackass movie.

He was also credited as a ‘car stunt driver’ in Bam Margera’s film Minghags. He was reportedly a recently married Iraq war veteran.

Dunn appeared on MTV shows Jackass and Viva La Bam and the three big-screen adaptations. He also was the star of his own MTV show, Homewrecker, and hosted Proving Ground on the G4 cable network.

Dunn also starred in the yet-to-be-released film Living Will. The film’s website describes Dunn’s character as a ‘party bum slacker who returns from the dead as a mischievous and perverted ghost’.

Dunn was born in Ohio and moved at 15 to Pennsylvania, where he met Bam Margera on his first day at school, according to a biography website.

Dunn, Margera, Christopher Raab (known as Raab Himself) and Brandon DiCamillo, under the moniker CKY for ‘Camp Kill Yourself’, started making videos that featured them skateboarding and performing stunts.

Dunn was working as a welder and petrol station worker when Johnny Knoxville, a friend of Margera’s through the skateboarding circuit, asked the crew to allow their videos to be part of the series Jackass, which became a hit on MTV and ran from 2000 to 2002. 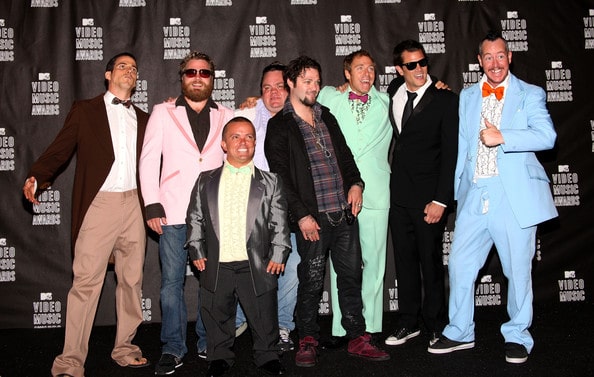 Perhaps his most famous stunt, in 2002’s Jackass:The Movie, involved inserting a toy car into his bottom and going to a hospital casualty unit, where he made up a story that he was in mysterious pain after passing out at a fraternity party. Dunn’s X-ray from the hospital became a popular T-shirt for Jackass fans. 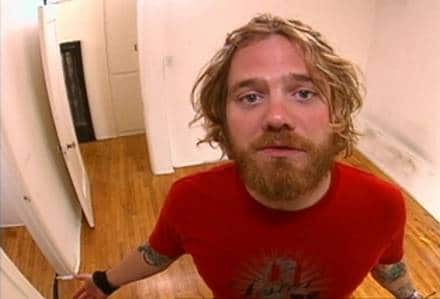 In a 2000 stunt, he dived into a tank at a raw sewage plant wearing flippers, a mask and a snorkel.